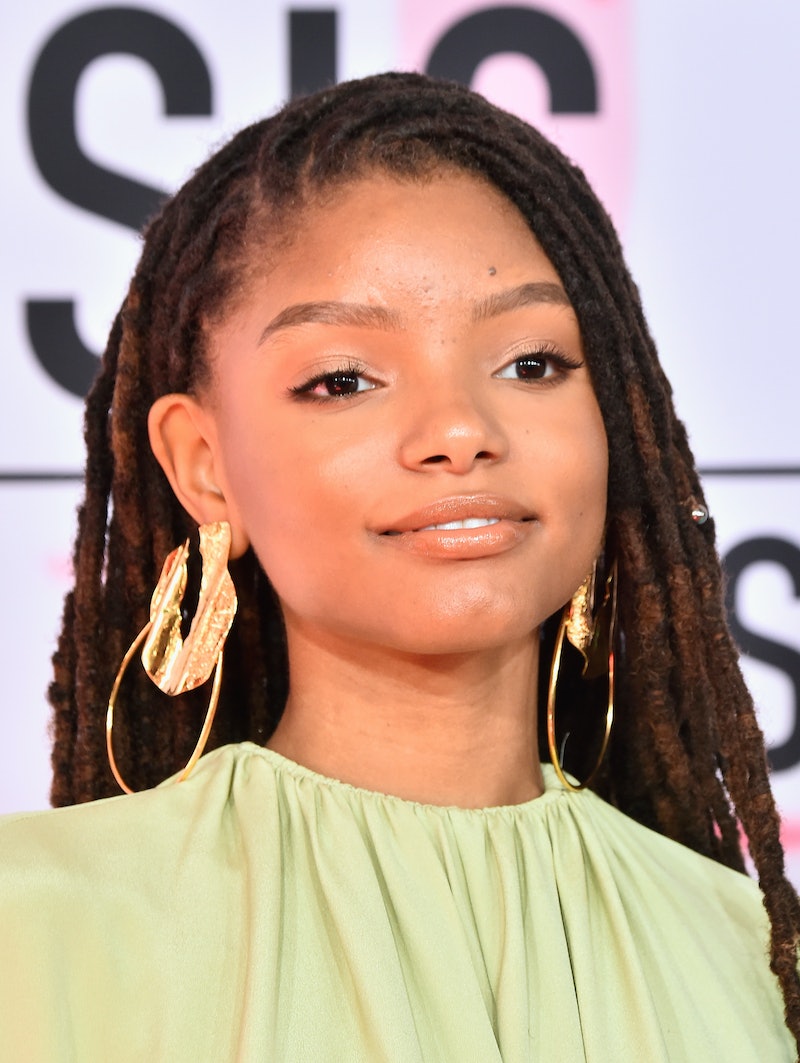 One of the most talked about upcoming movies at the moment is the live-action version of Disney's The Little Mermaid. Halle Bailey grown-ish and the sibling singing duo Chloe x Halle, was recently cast in the starring role. It's exciting news, but now that we've got our Ariel, when does the live-action Little Mermaid come out? Disney is going to have to CGI a tail onto her with some of its signature magic, so that probably takes some time.

There is no official release date for The Little Mermaid just yet, but according to Digital Spy, production is rumored to begin in April 2020, which could mean a 2021 release date. Collider also reported that an early 2020 start for production is expected. So, while the casting news is coming out now, it'll still be a long wait before the new Ariel hits theaters.

There will be some more exciting announcements to look forward to while Disney fans wait, though. Casting news has been coming out steadily. So far, in addition to Bailey being cast as Ariel, it's been announced that Jacob Tremblay will play Flounder, Awkwafina will play Scuttle, and Melissa McCarthy will play Ursula, as reported by Variety.

Two major roles that still haven't been announced for the Rob Marshall-directed film are the actors who will play Prince Eric and King Triton. Terry Crews seems interested in the role of Triton and shared a goofy photoshopped pic of himself as a mermaid on Twitter, captioning it, "Ariel’s Dad!!!!" There has also been fan interest in Idris Elba taking on the role, as reported by ET Canada. As for Eric, there have been suggestions all over Twitter, including Noah Centineo, Harry Styles, and BTS member Jimin. As for a supporting character, apparently some people have suggested that Gordon Ramsay play the chef who tries to cook Sebastian, according to People. Sounds like solid casting!

While we don't yet know when exactly The Little Mermaid will come out, there are already a number of other live-action Disney movies to look forward to. First, The Lion King will be released on July 19, starring Donald Glover, Beyoncé, James Earl Jones, Chiwetel Ejiofor, and many, many more famous names. The Maleficent sequel, Maleficent: Mistress of Evil, in which Angelina Jolie will reprise her starring role, is scheduled for an Oct. 18 release. And next year, as shown in a newly released trailer, audiences will get the live-action Mulan, which is scheduled for Spring 2020.

In addition to all of these, there are more movies that are either rumored, in development, in stages of pre-production, or were talked about for a while and then just kind of faded away. Collider has a huge list of them (seriously, it goes on and on and on), and includes titles like Lady and the Tramp, Snow White and the Seven Dwarves, and Cruella, which would be about the 101 Dalmatians villain.

Unlike some of the films on that lengthy list, The Little Mermaid really is confirmed, so Disney fans will be seeing it at some point. It just might be a couple of years.

More like this
Everything To Know About 'My Big Fat Greek Wedding 3'
By Grace Wehniainen
Emma Thompson, Lashana Lynch, & Stephen Graham Lead Netflix’s 'Matilda'
By Sophie McEvoy
15 Intriguing Movies On Netflix That Are Based On True Events
By Mary Kate McGrath, Shannon Barbour and Grace Wehniainen
The 'Jurassic Park' Cast, Then & Now
By Arya Roshanian
Get Even More From Bustle — Sign Up For The Newsletter