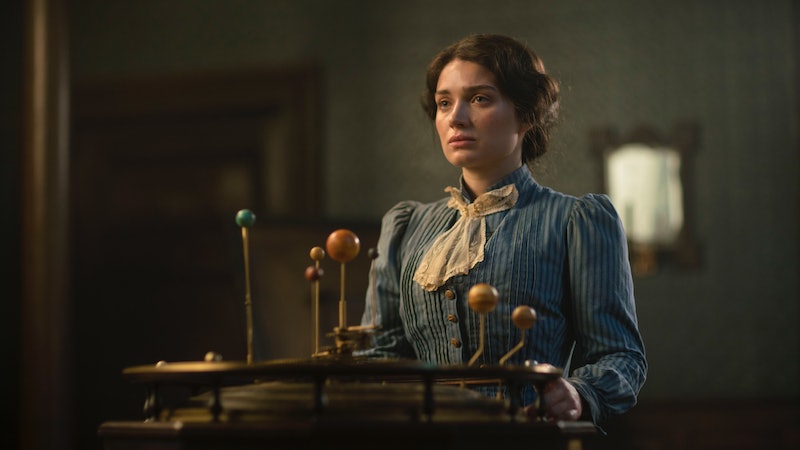 Based on Eleanor Catton’s award-winning novel, BBC Two's The Luminaries follows the story of a young woman who is framed for murder. The six-part series was adapted by the book's author herself, and is complemented by a cast featuring the BAFTA Award-winning Eva Green. So, if you're hoping to discover more about the BBC's latest offering, here's everything you need to know about The Luminaries.

When & Where Will 'The Luminaries' Air?

As the Radio Times reports, the series was initially due to air on BBC Two. However, the drama has since been moved over to BBC one. A release date is yet to be announced, although the broadcaster has promised the adaptation is "coming soon."

What Is The Plot Of 'The Luminaries'?

The Luminaries is described as an epic 19th century story of love, murder, and revenge set on the Wild West Coast of New Zealand’s South Island. Young adventurer Anna Wetherell is at the centre of the drama, which follows the character as she embarks on a new chapter in life after leaving Britain for New Zealand. Shortly after her arrival, Anna has an unusual, magical encounter, which was seemingly brought on by fateful coincidence.

Who Is In 'The Luminaries' Cast?

Discussing her latest role, Green revealed how she was "thrilled" to be involved in Eleanor Catton's The Luminaries, praising the author and screenwriter's "exquisite" adaptation.

"Eleanor has written a series of brilliant screenplays," the actor commented. "I loved her original novel and it’s so exciting that her own screen adaptation reveals yet more exquisite material."

Green is referring to Catton's 2013 Man-Booker Prize winning novel of the same name, on which the BBC series based. Teasing the upcoming drama, co-star Patel, who you might recognise from Danny Boyle's Yesterday, revealed that although based on the original book, the TV adaptation offers a fresh interpretation of the story.

"It’s very different from the book, I can tell you that much," he told the Radio Times, adding his belief that Catton has "done such an amazing job of telling her story from a different point of view."

The Luminaries will arrive on BBC One soon.