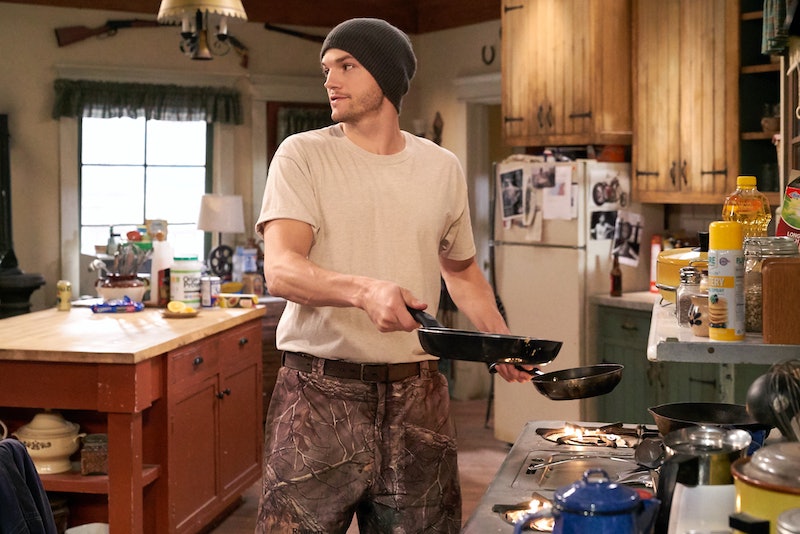 The Ranch, Netflix's comedy about the dysfunctional Bennett family living in Garrison, Colorado, released the final half of its second season on Dec. 15. The laugh-tracked sitcom's success led to The Ranch's Season 3 renewal, which the official Twitter account announced in July of this year, with 20 more episodes coming in 2018. Though the network has not announced a premiere date yet, it will likely to release Season 3 in two parts, as it did with Seasons 1 and 2.

However, the cast of the sitcom will undergo a major change in Season 3 as Danny Masterson is being written out of the series. Per The Huffington Post, the Los Angeles Police Department and the District Attorney's office have been investigating rape allegations against Masterson from four women. Masterson maintains his innocence and has not yet been charged with a crime.

Netflix tweeted a statement in early December that reads:

"After discussing with the producers, we've decided to write Danny Masterson off of The Ranch. Yesterday was his last day of work, and we'll make new episodes in 2018 without him."

In response to his firing, his representative Jenni Weinman shared with Bustle the following statement from Masterson:

"I am obviously very disappointed in Netflix’s decision to write my character off of The Ranch. From day one, I have denied the outrageous allegations against me. Law enforcement investigated these claims more than 15 years ago and determined them to be without merit. I have never been charged with a crime, let alone convicted of one. In this country, you are presumed innocent until proven guilty. However, in the current climate, it seems as if you are presumed guilty the moment you are accused. I understand and look forward to clearing my name once and for all. In the meantime, I want to express my gratitude to the cast and crew that I’ve worked so closely with over the past three seasons. I wish them nothing but success. I am also so thankful to the fans that have supported me and continue to do so."

While the producers of The Ranch are writing Danny Masterson out of the series, his character, Rooster Bennett, will still be present for at least part of Season 3. Decider reported that Masterson will still appear in the Season 3 episodes that he had filmed before Netflix made the announcement. The streaming service has not yet announced a return date for that season, though it's good news for fans that it is already in production. Bustle has reached out to Netflix for comment.

Neither Masterson's statement nor the announcement from Netflix says in what capacity his character Rooster will be written off, but it sounds as though viewers can expect him to leave sometime in the middle of Season 3. Alongside the few episodes that Masterson filmed, the third season will continue to star Ashton Kutcher, Sam Elliott, and Debra Winger as the other members of the Bennett family, as well as Elisha Cuthbert as Abby Phillips. None of the other core cast members have made statement as of yet regarding Masterson's departure.

The show's future beyond the third season is currently unknown, and it's possible that the controversy surrounding Masterson could affect the show's chances at a fourth season. The Ranch has proven to be a popular show for Netflix, having been the streaming platform's fifth-most "binge-raced" show of 2017, meaning that viewers often watched the entire season within 24 hours of release. Will it retain its popularity, or will The Ranch live for just one final season? For now, Season 3 is on its way.