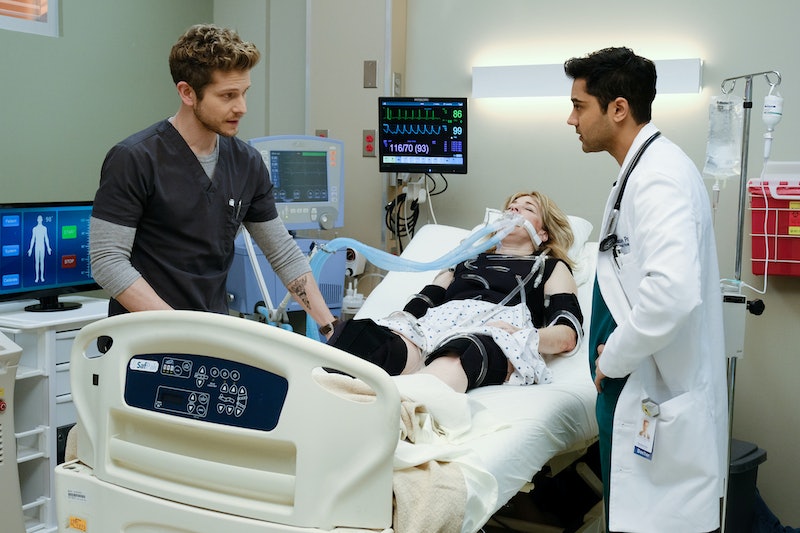 Not all medical shows glorify the heroic pursuits of doctors in their attempts to save lives, and Fox's new medical drama The Resident is no exception. The show gives viewers a taste of a darker side of the medical field, getting into the business of medicine and the lengths that these fictional doctors will go to to maintain their own reputations. And, fans of this take on the medical drama are in luck, because The Resident has just been renewed for a second season. But when is the Season 2 premiere of The Resident?

UPDATE: Per a Fox press release, The Resident Season 2 premieres on Sept. 24.

EARLIER: Since the second season of the show has just been announced, there isn't yet an exact premiere date. But as the first season of the show wraps up on Monday, May 14 9 p.m. ET, fans will probably be left on the edge of their seats, counting down the days until they can return to the drama unfolding in the Chastain Park Memorial Hospital. Will Nic ever be able to practice nursing again? Will Dr. Lane be brought to justice for possibly being behind the death of cancer patient Lily? If these questions aren't addressed or answered in the Season 1 finale, fans can at least rest easy with the knowledge that the show will be returning for a second season likely this fall or winter. (Season 1 premiered in January.)

In announcing the renewal of the series, Fox Entertainment President Michael Thorn seemed enthusiastic about the success of the drama thus far. “Amy, Todd and all the producers on The Resident set out to create a medical show that viewers haven’t seen before — to peel back the curtain and reveal the truth of what happens, both good and bad, behind the scenes at hospitals across the country. Clearly, they’ve succeeded,” Thorn said as reported by Entertainment Weekly. “Matt [Czuchry], Emily [VanCamp], Bruce [Greenwood], Manish [Dayal], Shaunettye [Renée Wilson] and the show’s entire cast have turned in consistently heartfelt performances, and we are so excited to go back to Chastain Memorial for another tremendous season.”

The show's strong ratings probably helped contribute to the network's decision to renew The Resident for another season. Entertainment Weekly reports that the medical drama has averaged more than 10 million viewers per episode across all platforms. These statistics represent a 31 percent increase from the very beginning of the season in the 18-49 age demographic, the group most network shows covet success with. After the network announced a few controversial cuts from next year's television lineup, including the beloved Brooklyn Nine-Nine, fans of The Resident were surely relieved to hear that their favorite doctors will be back on the small screen for another season.

But if The Resident wants to have a long run on Fox, it might have to spend its sophomore season solidifying its tone. Though audiences seem to enjoy the show, critical reviews have been a bit lackluster. "But what we have here is really two shows in one," Darren Franich of Entertainment Weekly writes of The Resident. "There’s that dark, fascinating portrait of the modern hospital. And then there’s the much more standard, dispiritingly regular drama about a cool doctor with eleven o’clock shadow, telling it like it is, and playing by guess-who’s rules."

According to some, The Resident can't seem to fully commit to being a groundbreaking medical drama focused on corruption and egoism in the medical community. Instead, critics have claimed that it vacillates between that plotline and the more typical, Grey's Anatomy-style redemption arc of Conrad Hawkins (Matt Czuchry), the jerk doctor who's really a good guy at heart (Alex Karev, anyone?).

As Franich puts it, The Resident is "a deconstruction of doctor-drama swagger that also wants to make a hero out of its swaggering, dramatic doctor." To have a successful sophomore season, the show might need to decide whether it wants to just be another Grey's Anatomy knock-off, or really distinguish itself from the other medical shows and fully embrace its own darkness.