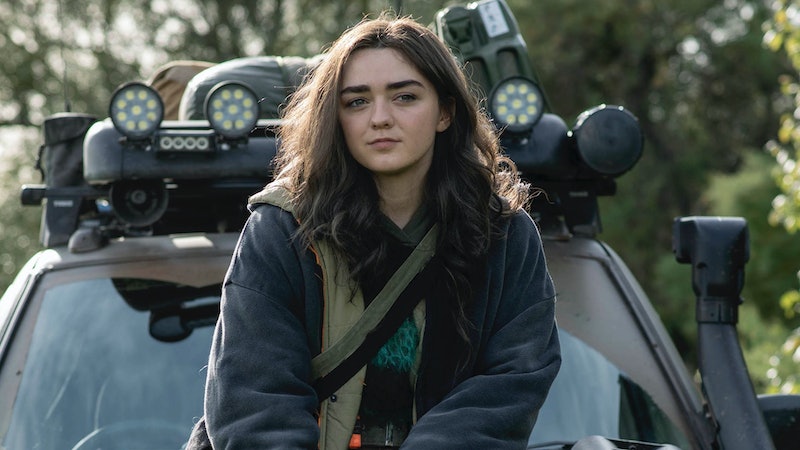 With Game of Thrones star Maisie Williams and Fleabag’s Sian Clifford leading the cast, Sky's Two Weeks to Live is set to become your latest TV obsession. The comedy-action series centres around a young misfit named Kim, who breaks free from rural life and an overbearing mother following the suspicious death of her father. And if your interest has been piqued, here's everything you need to know about Two Weeks to Live.

When Will 'Two Weeks To Live' Air?

Unfortunately, an exact air date is yet to be announced. However, as Glamour reports, Two Weeks to Live will arrive on both Sky One and Now TV this autumn.

What Is The Plot Of 'Two Weeks To Live'?

Sky's latest offering follows the story of Kim, a young misfit who lost her father in mysterious circumstances. Along with her over-protective mother, Kim goes on to live a secluded rural life, during which she masters a number of survival skills.

Years later, a grown-up Kim embarks on a secret mission to honour her late father. However, as she ventures out into the real world for the very first time, it isn't long before Kim runs into trouble.

Who's In The Cast Of 'Two Weeks To Live'?

Discussing her latest role in a conversation with Glamour, Williams revealed how lead character Kim's carefree approach to life wound up teaching her a lot about herself.

"I am the queen of overthinking everything so to play someone who doesn’t think twice was really freeing," Williams explained, adding that she might benefit from "doing a little bit more of that" in her own life.

Elsewhere, co-star Clifford touched upon the show's multi-layered female characters, adding her belief that, in television, women are much "stronger" when working together. Crediting Fleabag creator Phoebe Waller Bridge as "one of the most extraordinary collaborators" she's ever seen, the Two Weeks to Live star further explained how it's necessary to "destroy that myth that there is room for only one woman at the table," adding "the opposite is true. There is so much value to having more than one female perspective in the story."

Two Weeks to Live is set to air on both Sky One and Now TV this autumn.