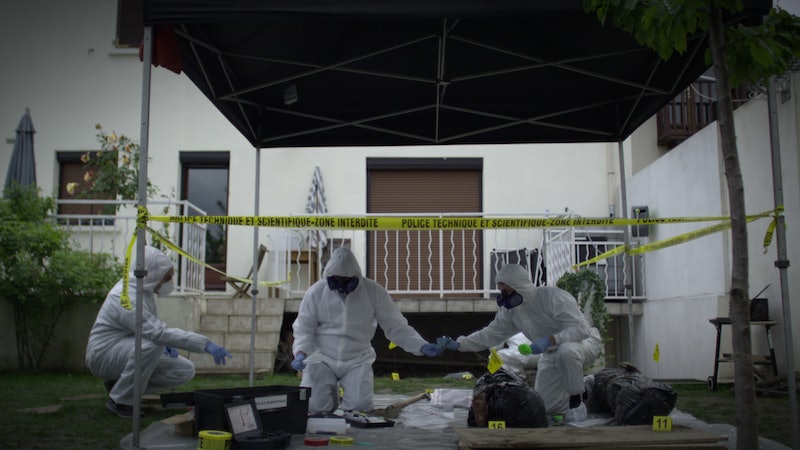 Attention true crime fans: you're going to want to watch Netflix's Unsolved Mysteries reboot. A remake of the '80s and '90s series of the same name, the show explores six wild cold cases, from the sudden disappearance of an entire French family to the mysterious and unexplained death of a Maryland man. And there's even more on the way: Unsolved Mysteries will return for Season 2 later this year.

Though an exact premiere date has not yet been announced, Terry Dunn Meurer, who co-created the original series and worked on the reboot, told the New York Post that the new episodes will feature two international unsolved mysteries (there's one in the first season), including a case the team is currently tracking in Brazil.

In the meantime, Meurer is optimistic that Unsolved Mysteries will help some of the families featured get closure. She told TV Line that 260 of the 1,300 cases from the original series ended up being solved thanks in part to viewer tips, and she's hoping for some of the same success this time around.

"When we initially created the series, we were a little concerned that people weren't going to want to watch stories that weren't solved,” Meurer said. "But then when we started solving cases through the broadcast, we were very gratified by that, and realized that we could provide closure for the families and for law enforcement, and for the viewers, as well."

In fact, thanks to social media, they have an even better chance at solving these cases now. "Back in the day, other than local news coverage or network news coverage, you couldn’t get that news out as quickly as you can now," she told TV Line. "It just gives us such an advantage over when we were producing the original shows."

Perhaps the next season of Unsolved Mysteries will come with some updates.

More like this
The Mysterious Gunther Corporation From 'Gunther’s Millions' Has Dissolved
By Brad Witter
The 'Freeridge' Cast Shared Their Hopes For A Potential Season 2
By Grace Wehniainen
Ozzie’s Coming Out Scene With Kitty On 'That ’90s Show' Has Twitter Sobbing
By Brad Witter
Here’s Everything Coming To & Leaving Netflix In February
By Jake Viswanath
Get Even More From Bustle — Sign Up For The Newsletter
From hair trends to relationship advice, our daily newsletter has everything you need to sound like a person who’s on TikTok, even if you aren’t.