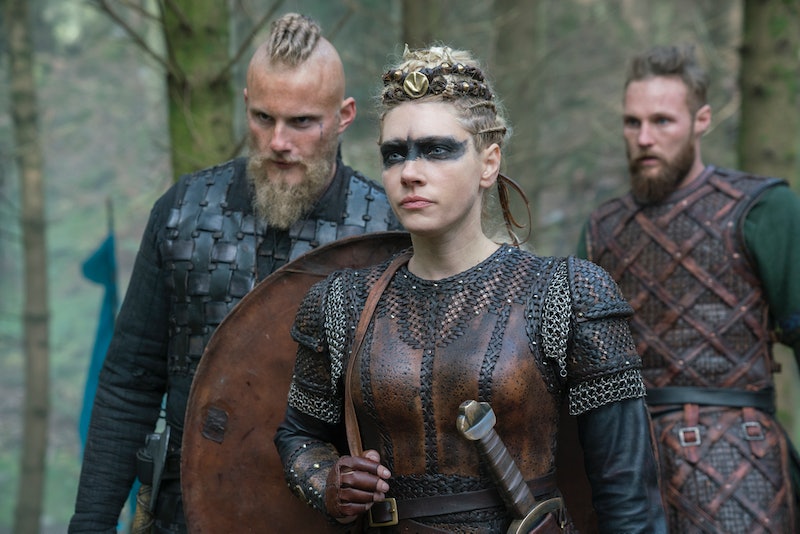 With “Moments of Vision” airing Jan. 24, Vikings is rapidly approaching its mid-season finale. That, of course, leaves fans to wonder when Season 5 of Vikings will return from hiatus. Unfortunately, as of yet, there’s no official announcement of when Season 5 will be back (though it will be back). After all, it got a 20-episode Season 5 order, and its only aired 10 as of yet.

Vikings didn’t always have 20 episode seasons. Season 1 only had nine episodes, while Seasons 2 and 3 featured 10 each. Season 4 doubled it to 20, a trend that Season 5 has stuck with. The Season 4 midseason finale for that season originally aired in April and returned to television in November, seven months later. Futon Critic confirmed that the back half of Season 5 will air in 2018, so fans could likely see another fall return. (Or, perhaps it will come back earlier considering that the midseason finale is coming in January this time, rather than April.) And, though there is a wait ahead for fans, at least there has been some information about what will happen before Season 5 is complete.

Alex Høgh Andersen (who plays Ivar the Boneless,) recently spoke to Bustle in a phone interview where he talked about just how excited he was about the way that the midseason finale of Season 5 had turned out. He even went so far as to say that “Moments of Vision” was his favorite episode in the entire series. “People should just watch [Episode 10], because it’s going to get even bigger, and bigger and bigger,” he said. “I was so fortunate to see the last episode of this season, Episode 10, and that is the best one I’ve seen so far on Vikings. It’s absolutely tremendous.”

One of the biggest confirmations is the return of Rollo. While Episode 9 revealed Hvitserk went to gain additional forces from Rollo, Hvitserk also noted that Rollo was “too busy” to come help him, Ivar, and King Harald at the time. However, the actor who plays Rollo, Clive Standen, revealed in an interview with TVGuide that he will be back and “it's going to be explosive.”

But, although he will return, that doesn’t mean he’ll be the same Rollo we’ve seen before. His time in France has changed him. "Nearly every season, [creator] Michael Hirst has allowed me to reinvent this man,” he said. “Season 5 is no different ... I think when he comes back, all bets are off ... You'll see a very different Rollo."

This points to a potentially large and important role in the remainder of the season for the uncle of the Ragnar’s warring sons.

Ultimately though, fans shouldn’t expect too much bloodshed. After all, the series was confirmed for another season before Season 5 even premiered. Just like Seasons 4 and 5, Season 6 will contain 20 episodes. Also, as in the previous seasons, the showrunner will be Michael Hirst. In a statement concerning the news, he said the new season would “deliver a huge and unexpected revelation to our audience.” What that revelation will be however, is anyone’s guess. So while fans may not know when Season 5 will return exactly, perhaps they will relish the fact that not 10, but 30 new episodes are on the horizon… if they’re patient.