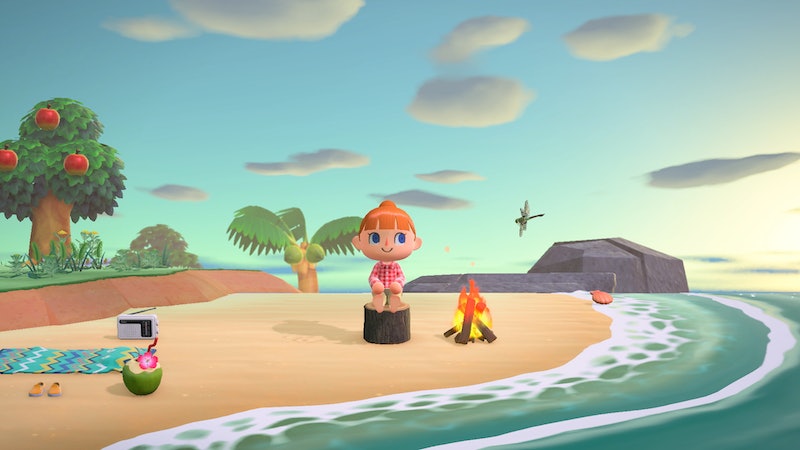 Arguably one of the most exciting weeks in the gaming calendar, the annual Electronic Entertainment Expo (known as E3) is predominantly the place for video game companies to introduce and reveal upcoming projects. If there was one company that completely swept the floor this year, it was Nintendo thanks to their barrage of announcements that finally included the long-awaited reveal of a beloved franchise. But when is Animal Crossing: New Horizons out in the UK?

First announced during a Nintendo Direct last September (then titled Animal Crossing for Nintendo Switch), the release date for the game was initially given as sometime in 2019. Fans expected to get their hands on the new mainline game sometime this autumn, but as was revealed during Nintendo's E3 Direct last week New Horizons has been delayed until March 20, 2020. While this is a pretty big bummer for those itching to get back to village life, it's actually good news in terms of what you'll be able to accomplish in-game. It's also refreshing to hear that the delay was also for the developers benefit as well as the players.

"The crunch point is an interesting one. For us, one of our key tenets is that we bring smiles to people's faces, and we talk about that all the time," Nintendo of America's president Doug Bowser told IGN. "It's our vision. Or our mission, I should say. For us, that applies to our own employees. We need to make sure that our employees have good work-life balance." He added:

"One of those examples is, we will not bring a game to market before it's ready. We just talked about one example [in Animal Crossing's delay]. It's really important that we have the balance in our world. It's actually something we're proud of."

Similar to Pokémon Sword and Shield, New Horizons will be the first Animal Crossing game to make the transition to the new era of home console and be given the Switch treatment. Nintendo first introduced the series via the Nintendo 64 in Japan and was later re-released for the GameCube. The series then primarily featured on portable consoles such as the Nintendo DS line and the recent app, although Animal Crossing: City Folk was made available for the Wii in 2008.

Even though the game was announced last autumn, E3 marked the first time that fans were able to see what the game will entail, and it looks like a lot of changes — and improvements — are being made to make this game one of the most advantageous in the series. While it seems you start with the bare minimum on a pretty deserted island, as the trailer progresses, the community begins to grow, and familiar aspects start to emerge. As detailed in the press release, New Horizons will also introduce "a robust new crafting system" which requires the player to "collect materials to construct everything from furniture to tools" to make the most out of island life.

There's also the exciting improvements that have been made to features such as multiplayer and co-op, which were explored more thoroughly during the Nintendo Treehouse live stream. As IGN reports, "when it comes to online and local wireless, up to eight players can be on an island" which is double than what was capable on the previous title New Leaf.

All in all, Animal Crossing: New Horizon is by far one of Nintendo's most anticipated games to date. Even though fans still have quite the wait on their hands, I guarantee it'll totally be worth it.