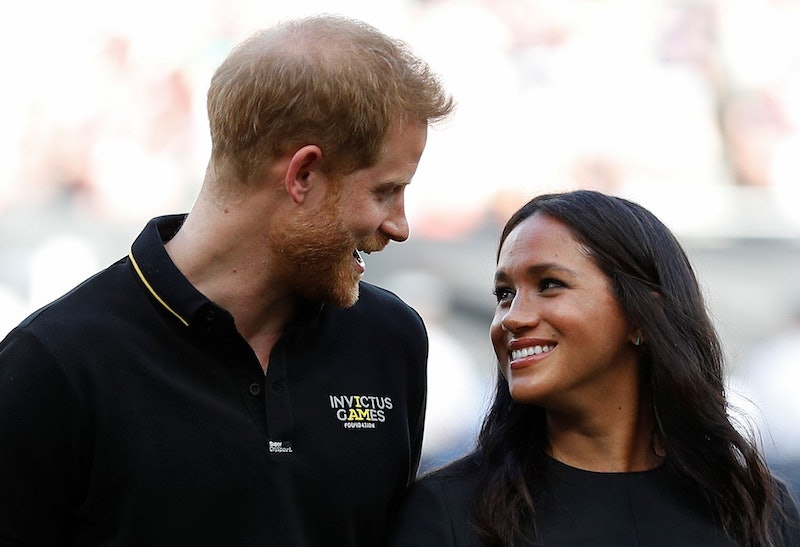 Ever since their glorious nuptials in May last year, Prince Harry and Meghan Markle have had their fair share of royal duties, and fans of the couple will be delighted to learn that the pair's upcoming schedule is about to get very busy indeed. In a post on social media, the royals announced that they will embark on an official tour across Africa, which will mark the new family's first ever royal trip together. But when is Prince Harry and Meghan's tour to Africa?

The the royals announced their tour in a post on social media, and stating that it will be their "first official tour as a family." On the couple's official Instagram account, the post read, "TRH The Duke and Duchess of Sussex are excited to announce that they have been asked to carry out a tour to Southern Africa this autumn." So, although the exact dates are yet to be confirmed, we do know that Harry and Meghan will touch down in the continent sometime during the autumn months.

In the announcement, the African regions included on the couple's itinerary are also confirmed. The post goes on to say, "The Foreign and Commonwealth Office have requested a visit to South Africa as well as The Duke carrying out visits to Malawi and Angola. His Royal Highness will also do a short working visit to Botswana en route to the other countries." The announcement then concludes by stating that the couple are "really looking forward" to their visit, which in part aims to "raise awareness of the high impact work local communities are doing across the Commonwealth and beyond."

As reported by ITV, Prince Harry and Meghan are set to visit Malawi in the hope of expanding his charity Sentebale, which aims to support the mental health and wellbeing of children and young people who are effected by the country's ongoing HIV epidemic. Following in the footsteps of his late mother, Harry is also expected to visit Angola in order to highlight the country's problems with land mines — an issue Princess Diana famously drew attention to after being photographed in the region.

As mentioned previously, the couple's first child, Archie Harrison Mountbatten-Windsor, is expected to be in attendance of the royal trip to Africa. As reported by Harpers Bazaar, baby Archie will be just six months old upon his arrival in the African continent — which according to The Sunday Times, will make Archie one of the youngest ever royals to go on an official tour. However, those hoping to get a glimpse of the newborn during his first royal duty might be disappointed, because Prince Harry is expected to carry out much of the workload by himself.

As reported by the Express, one of the couple's many adoring fans, supermodel Naomi Campbell, recently expressed her own excitement surrounding the royal's upcoming African tour. Speaking on ITV's Lorraine, the fashion icon said, "I think Prince Harry and the Duchess Meghan Markle are doing ... they're rewriting history. They have no idea what they’re going to do for the African continent. They’re going to love it, they’re going to find such peace there, little Archie’s going to love it."

Well, I certainly share the excitement when it comes to Prince Harry and Meghan's impending visit, and I'm eager to see the positive impact the young royals will surely have on the people of Africa.

More like this
Twitter Has Renamed Ekin-Su After *That* 'Dancing On Ice' Performance
By Sophie McEvoy
Turns Out George Clooney Is A Huge Fan Of This Classic British Game Show
By El Hunt
'Abbott Elementary' Fans Probably Missed This 'Parent Trap' Easter Egg
By Sam Ramsden
This Pre-'Love Island' Video Of Olivia & Zara Together Changes Everything
By Bustle UK
Get The Very Best Of Bustle/UK
Sign up for Bustle UK's twice-weekly newsletter, featuring the latest must-watch TV, moving personal stories, and expert advice on the hottest viral buys.