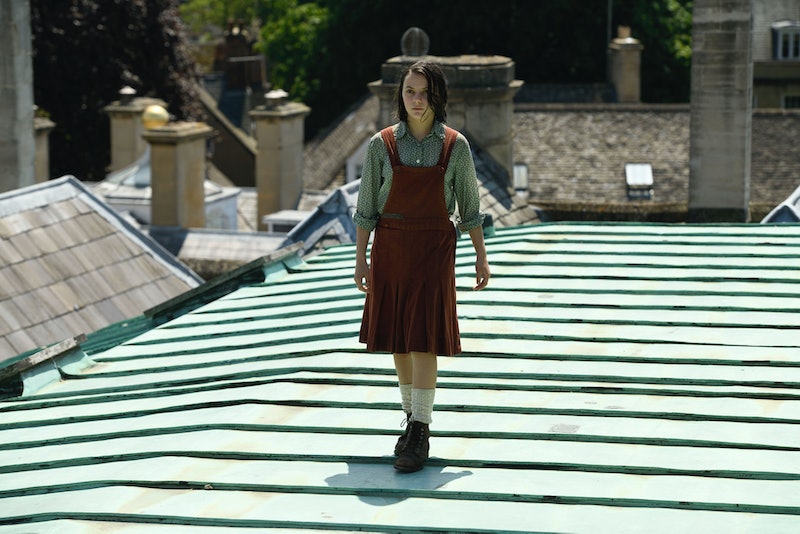 I feel so lucky to have grown up in the nineties and early noughties with the stories of JK Rowling and Jaqueline Wilson to keep me company. Another series that was a massive part of my life was the His Dark Materials trilogy by Philip Pullman. As soon as I opened the pages of Northern Lights, The Subtle Knife, or The Amber Spyglass, I was whisked away to another world. And if you enjoyed the series as much as me, you must be wondering when the TV adaptation of His Dark Materials is coming to the BBC. The pages of Pullman's classics were alive with magic, mystery, and no shortage of drama, so seeing it on our screens will be too exciting.

It’s hard to imagine how the BBC will bring the amazing imagination of Pullman to life, but luckily we won't have to wait long to find out. The eight-part TV adaptation will have its global premier on Nov. 3.

If you needed any more reasons to stay snuggled up on the sofa of a Sunday night, this is it. Critically acclaimed screenwriter Jack Thorne, who also wrote Kiri, National Treasure and This Is England '90, has is behind the adaptation. Speaking about what it was like to work on the project as a fan of the original book series, Thorne said:

“His Dark Materials are the most beautiful set of books, taking us into a world of constant imagination. Reading them I was a massive fan, in adapting them I've increasingly felt in awe of them. It's the constant invention, the way the story never sits still, and that the characters constantly surprise you.”

If you loved Pullman’s trilogy then you don’t need to worry about the series deviating too much. The story will begin with Lyra (played by Dafne Keen) in Jordan College, Oxford. Her life is relatively sheltered until the super glamorous Mrs Coulter (played by Ruth Wilson) enters her life and turns it upside down. Travelling from Oxford to London, she meets the weird and wonderful Father MacPhail (played by Will Keen), Lord Boreal (played by Ariyon Bakare) and journalist Adele Starminster (played by Georgina Campbell) at a mesmerising party where she hears about the fearful General Oblation Board for the first time. She’s thrown into a quest that takes her to the North to meet her closest ally, Lee Scoresby (played by Lin-Manuel Miranda) and little does she know but her adventure has only just begun.

It'd seem that Pullman is as excited as we are to see what the His Dark Materials series will be like. "I’m delighted that the production is under way, and I’m looking forward immensely to seeing how it looks," he told the BBC. "Bad Wolf has assembled a wonderful cast and I’m sure every HDM reader is as keen as I am to see it all coming together."

Watch His Dark Materials on BBC One from Nov. 3. After that, it’ll also be available on BBC iPlayer.