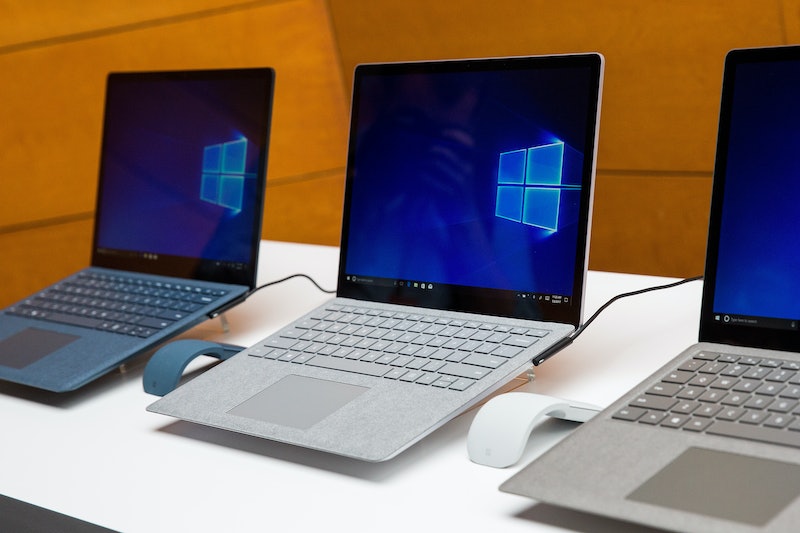 If you've ever owned a computer, you know the heart-sinking sight of the Blue Screen of Death. Most times, a blue screen and other worrying computer issues can be fixed with a good ol' turn-it-off-and-back-on, but sometimes those issues are symptoms of a larger problem. That's why it's important to know when the off-and-on will do the trick, and when it's time to get a new computer.

According to Computer Hope, you should expect to replace your computer once every four years. That's based on a cost analysis, plus the average time it takes to wear out the internal parts of the computer. Home Computer Help gives a slightly different estimate: Five years for desktops, and three to four for laptops. If those seem like short lifetimes to you, they are — but they're firm ones. Computers simply aren't built to last a long time, and even if they were, software updates so quickly, older machines often can't keep up with new programs.

Which means, before we get into issues with the hardware, there's one big sign unrelated to hardware breakdown that signals you should replace your computer asap: If it won't update anymore. If your computer is literally so old that its system requirements don't meet the necessary minimums to update to the newest version of your preferred operating system, or to the newest version of programs you need, like browsers, Microsoft Word, or Photoshop, it's time to let it go.

If your computer is up to date, there's a whole bevy of signs that can let you know your computer is on a downhill slide. But it's harder to know when these signs indicate a true need for computer replacement.

As long as a computer's issues aren't making it physically impossible for you to accomplish your desired tasks, it's usually OK to keep chugging along. Signs that a computer is wearing down or needs some upgrading are pretty commonly known. The Blue Screen of Death is one sign that things may be going wrong inside your computer, but it isn't always a symptom that your beloved laptop is about to crash and burn.

One sign that it is about to crash and burn is constant overheating. All computers will get overhot if you block cooling fans from doing their jobs (like when you set your laptop on your bed, covering the fan slits, and come back to an inferno), but if a computer is overheating for seemingly no reason, it's time to take a look inside. Computers collect dust inside that can cause fans to work less efficiently, and if your computer continually overheats, it can damage internal components necessary for, well, computing. Then, it's definitely time to buy a new computer.

Slow boot-up times are a symptom that something is dragging your computer down. Fresh computers are able to jump quickly from shut down or sleep to fully ready for operation, so if your computer is taking minutes to start up, and then is significantly slow for the first period of operation, you know it's time to start considering a new one.

Of course, there are a few solutions to check into before you spring for a new computer right away. For boot times, you can make sure you're not running too many startup programs, disable any hardware you don't use (like Bluetooth controllers and virtual Wi-Fi adapters, according to Lifehacker), defrag your hard drive, and ensure your operating system is up to date so you know your computer is running as efficiently as possible.

If none of this helps, it could signal that your computer is running out of Random Access Memory, aka RAM. Sometimes you can buy and install more RAM, but as wiseGEEK says, "motherboards do not support limitless amounts of RAM. After determining that your memory is indeed low, you’ll have to consult the manual of your motherboard to see how much RAM your system supports. If you’ve hit a memory ceiling, you’ll need a new computer or motherboard if you want more."

To keep from having to buy a new computer more often than you should, start by knowing your needs when you purchase a computer. If you're going to use it for gaming or complicated graphic programs, be prepared to spend the extra cash to buy a laptop prepared to take on some heavyweight activity. If you're just using it to access email and type up documents, a less expensive (and less hardy) computer is fine.

If you already have a computer, be sure you're keeping up with maintenance, both virtual and physical. Keep your virus protection updated, clean out your keyboard and fan slits regularly, and pay attention to any problems that crop up. Often, they're fixable. But luckily, if you're running into any common issues, you can always put a new computer on your wishlist.