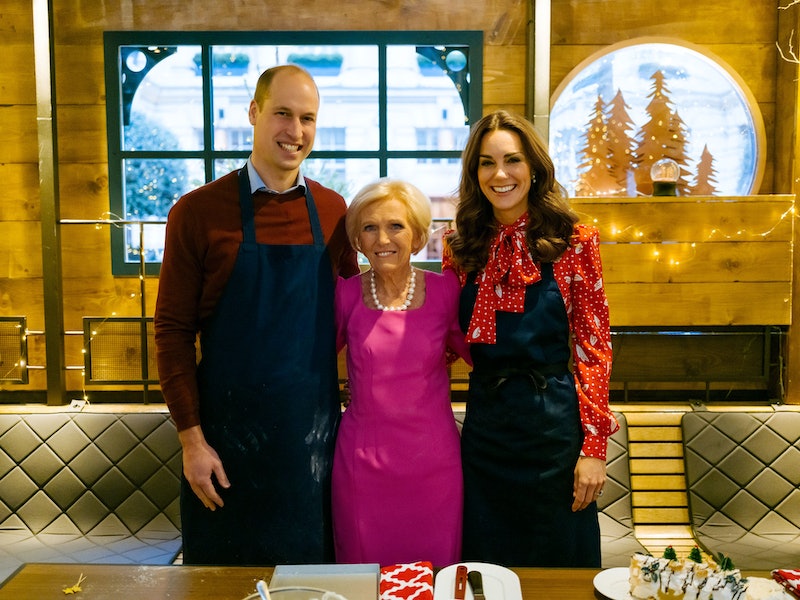 The festive season is the perfect time to enjoy some well-deserved treats, and what better way to get some inspiration than from the queen of baking herself, Mary Berry. Aptly titled A Berry Royal Christmas, the one-off special will feature Kate Middleton and Prince William who will be cooking alongside Berry and a few special guests. So when is Kate & William's Mary Berry Special out?

A Berry Royal Christmas will air on BBC One at 8.30 p.m. on Monday, Dec. 16. BBC One announced the show on Nov. 30, and Kensington Palace further confirmed it on Twitter. "We invite you to join the Duke and Duchess of Cambridge and Mary Berry as they serve a festive feast to thank those who are spending their Christmas helping others," one tweet read.

Kensington Palace followed the announcement with more tweets to highlight what the special is set to feature, including the focus on Kate and William's charitable work and the organisations they support. This includes organisations such as Action on Addiction, The Passage, and RHS Wisley. Berry will join the Duke and Duchess on their royal engagements along with viewers to see what these charities are providing and what you can do to help.

"I am honoured that The Duke and Duchess of Cambridge have invited me to join them on four of their royal charity engagements this Christmas," Berry told BBC One. "It will be truly special to see the causes so close to their hearts, as well as to hear all about the amazing support these charities provide." She added:

"The finale is a big Christmas party and I will be cooking up a feast for them to enjoy. A one hour Christmas special not to be missed."

A Berry Royal Christmas will also see some familiar faces other than the Duke and Duchess, like Nadiya Hussain "who will be reuniting with Mary Berry to help with the festive food," as BBC One writes, as they prepare for the festive finale.

There aren't any hints as to who else would be appearing alongside this fantastic line-up, but I'm sure the Beeb have got some surprises up their sleeves.