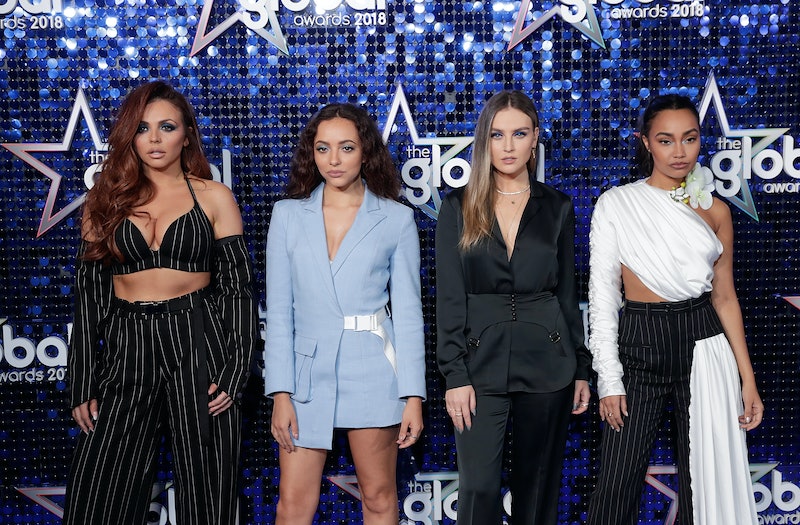 This month Little Mix fans around the world were overjoyed with the news that the powerhouse girlband would soon be releasing their fifth studio album. The group announced all important information surrounding the release of the new record, including the album's title and the track-list. But when is Little Mix's LM5 out?

Shortly after the release of lead single Woman Like Me, the girlband revealed that the new album would be released on Friday 16 November 2018. The new album, titled LM5, will be released in three editions which includes a standard edition that consists of 14 tracks, and a deluxe edition which includes four additional songs, new pictures, and a hardback CD book. The third available edition, known as the super deluxe version, will include all 18 new songs, exclusive artwork, new pictures, and handwritten notes from the girls in a hardback book, according to Capital FM.

Little Mix also took to Twitter to both announce and explain the origins behind the new album's title. The tweet read: "We love how you’ve named each of our eras over the years. So we’ve decided to call our next album...LM5," and went on to say "We’ve worked so hard on this, we are so proud & can honestly say this is our favourite album to date. You’ll be able to pre-order it from THIS FRIDAY. 16.11.2018. The girls x".

And if a brand new album hasn't provided enough excitement for you Little Mix fans, you're in luck because the X Factor winners will also be embarking on a UK tour in 2019. The group will hit the road in support of new album LM5, and be performing across the UK at cities including Glasgow, Liverpool, Leeds, Birmingham, and London. The shows will take place between the months of October and November 2019, kicking off on October 3 at the 3Arena in Dublin. The girlband also hinted that an international tour may also be on the cards, by addressing international fans on the official Little Mix website. The statement reads: "International fans don't worry… We've got something coming for you too! X the girls".

In an exclusive interview with Capital FM, the band previously addressed details about the upcoming release, including any potential collaborations. The band revealed that Ed Sheeran helped work on the record, and after the release of the lead single and track-list, it was announced that Nicki Minaj and Kamille would both feature on LM5.

Although Little Mix fans only have to wait a mere two weeks to get their hands on the girl group's latest album, it would appear that "Mixers" simply cannot contain their excitement. The dedicated fanbase have been expressing their anticipation for LM5 online.

Elsewhere, the band have been trying their best to stay out of the recent drama between rap icons Nicki Minaj and Cardi B. During an Instagram feud between the rappers, in which Little Mix's latest single was brought up, Cardi B said "That ‘Woman Like Me’ record? Yeah, I had to decline it because I’m doing a lot of pop records so I can’t over exaggerate myself." This prompted the band to put to bed any confusion surrounding the collaboration on Woman Like Me. In a caption on Instagram, the group said: "We just want to clarify...Nicki was approached first."

All drama aside, the new Little Mix album couldn't come soon enough, and if the lead single and visuals we've seen so far are anything to go by — this could be their greatest era yet.