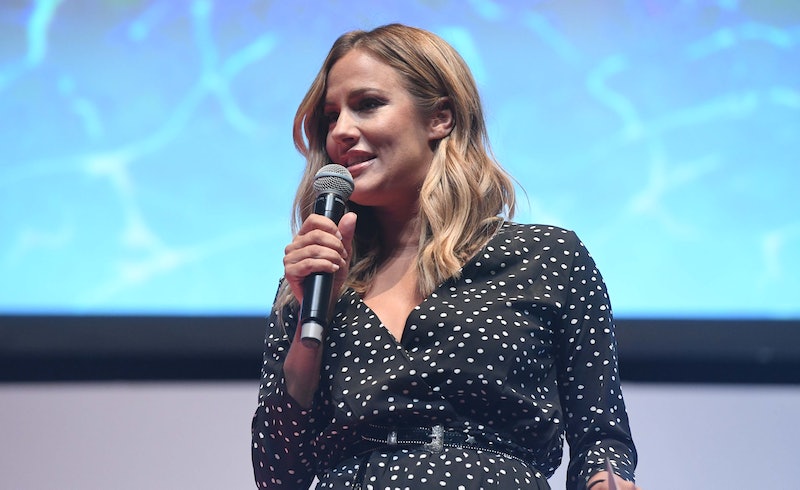 As soon as each series of Love Island ends, it feels like a long slog before the summer of love rolls back around again. There's just no other event in the year which consumes you quite as much as all these cracking ons and mugging offs. I won't analyse it too deeply, but for some reason, the Great British public, myself included, basically live for it. Which is why you can let out a sigh of relief now that Caroline Flack has revealed when Love Island is returning, so you can start counting down the days now.

Update: On 20 May, ITV2 confirmed that Love Island will return to a TV near you on Monday 3 June, using the hashtag #DayDotIsComing.

Earlier: Let's get the anticipation out of the way. Love Island is rolling right back around again, and probably quite a bit sooner than you'd think. Presenter Caroline Flack did everyone a favour when she accidentally let slip the return date when she posted on her Instagram story on Thurs, May 2, as Digital Spy originally reported.

Posting a snap in front of a green screen, she first announced: "Coming soon... @loveisland," before accidentally revealing:

"I have just trained with Bradley Simmons and he put me through utter hell. Making me do weights that I should not be lifting but he says we only have three weeks before Love Island starts or for Love Island prep, so we've got to work hard."

Did you get that? Three weeks! That means you can expect the fifth series of Love Island sometime around the week starting May 20. Since previous series of the show have premiered on a Monday, I reckon that's the date you can pencil into your diaries: Monday, May 20. Don't organise a party just yet though, at least not until it's been confirmed — which I don't think will be long now. I've checked in with one of the show's reps to see if they can let Bustle know early. Watch this space.

If the series does commence on the 20th, it'll be Love Island's earliest start date in its four year history. That does sort of tally with previous years though, as each series has been increasing its runtime. Last year's was the longest ever, with the summer of love lasting eights weeks, and the Radio Times guesses that this one will run for nine. Love Island showrunners, if you're reading this, please just go ahead and make it a 24/7, 365 deal, please.

Since none of 2018's couples are still together (the biggest shocker came when series four winners Dani Dyer and Jack Fincham broke it off, as Bustle reports) I'm hoping that this year's contestants can make their love last past the summer. With the contestants yet to be revealed, an official start date yet to be announced (although you have a reasonable idea of when to expect it), there's so much to get excited about.

Now that you're less than a month away from seeing into the villa once again, you can just go ahead and cancel all of those post 9 p.m. plans for at least the next two months.

More like this
A Soap Star & A Top Radio DJ Lead The 'Strictly' Christmas Special Line-Up
By Sophie McEvoy
Meghan Markle Just Addressed *Those* Wild 'Real Housewives' Rumours
By Sophie McEvoy
We’ve Got A Text! Another 'Love Island' Series Is On The Way
By Darshita Goyal
Twitter Can’t Get Enough Of The Romance In 'Ekin-Su & Davide: Homecomings'
By Sophie McEvoy
Get The Very Best Of Bustle/UK