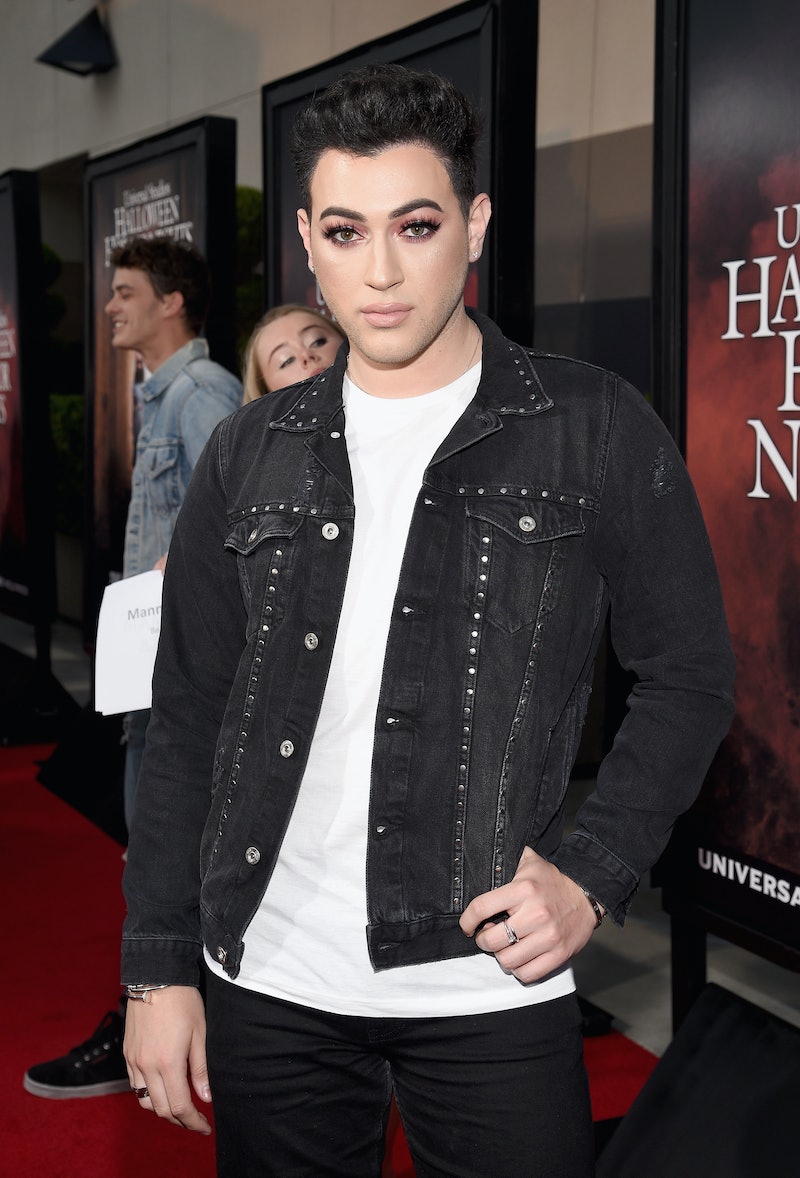 We still have a few days left in 2017, but this news will have you super excited about what lies ahead in 2018. Manny MUA will launch his very own Lunar Beauty makeup line next year. The makeup artist, born Manny Gutierrez, made the announcement on his Instagram, which has over 4 million loyal followers, on Christmas Day. He also tweeted the news and grabbed nearly a thousand reactions from his legion of loyalists.

Manny MUA also shared a link to Lunar Beauty's official Instagram, as well. In just a few hours and as of press time, the Lunar Insta already has nearly 70,000 followers. That's a testament to Manny MUA's sphere of influence!

Lunar Beauty by Manny MUA is a maaaj deal. It further opens the doors of inclusivity in the beauty realm. As Manny MUA himself notes in his Insta bio: "I think boys deserve just as much cosmetic recognition." #Truth.

We don't know too much about Lunar Beauty just yet, as Manny MUA simply revealed the name of the brand and that it'll be available in 2018. He also proudly proclaimed that he has been working on it for years. So a lot of time, effort, and love has been invested in it!

On his Snapchat, Manny, who is clearly a fan of moos with his choker and his finger tattoo, shared why he didn't name the brand after himself, saying, "I didn't feel like that was my thing. I didn't want to call it Manny MUA Cosmetics." He also said fans can expect the brand to be ethereal, magical, whimsical, pretty, and quirky.

Here's the official announcement and the logo. The post already has over 104,000 likes. We don't know how many products, what categories, the price range, or the retail locations just yet. But Manny MUA and his team will reveal that all in due time.

This is the post from the newly-created brand Insta, featuring the logo and the emblem, which Manny MUA described as an "eclipsing moon" on Snapchat. Throw the account a follow for further updates.

Manny MUA is one of the most popular beauty influencers on the web — his looks slay, are totally wearable, and easy to replicate.

Even a majorly glam look like this, with statement red lips and mega lashes, is dramatic while still being something you can pull off IRL.

Previously, Manny MUA and Makeup Geek teamed up for an eyeshadow palette. It sold out quickly upon launch and was limited edition.

He also partnered with OFRA Cosmetics for a three-shade range of liquid matte lippies back in 2016. The shades are permanent.

Earlier this year, Manny MUA collaborated with Jeffree Star Cosmetics for a collection, as well. So Manny has loads of experience working on makeup products over the years and now he is fully committed to his own brand.

Of course, Mannyiacs, as his fans are lovingly referred to, are over moon about Lunar Beauty. While they can only be excited about it in theory, Manny MUA has given them every reason to be shook.

This sums up so many feels! We can't wait see and play with the products, whatever they are.

Mannyiacs are going to have to learn some patience.

The excitement is super palpable.

Some fans thought the logo was a little too low key for someone as fabulous and as creative as Manny MUA. Manny MUA responded to those comments about the logo and emblem on Snapchat, saying that he didn't want it to look trendy and prefers classic.

This is the sort of dedication that Manny MUA inspires. He hasn't even revealed a single product yet and fans have pledged their allegiance.

The sentiment has been echoed by many Manny users and fans.

Bring on Lunar Beauty in the one eight!