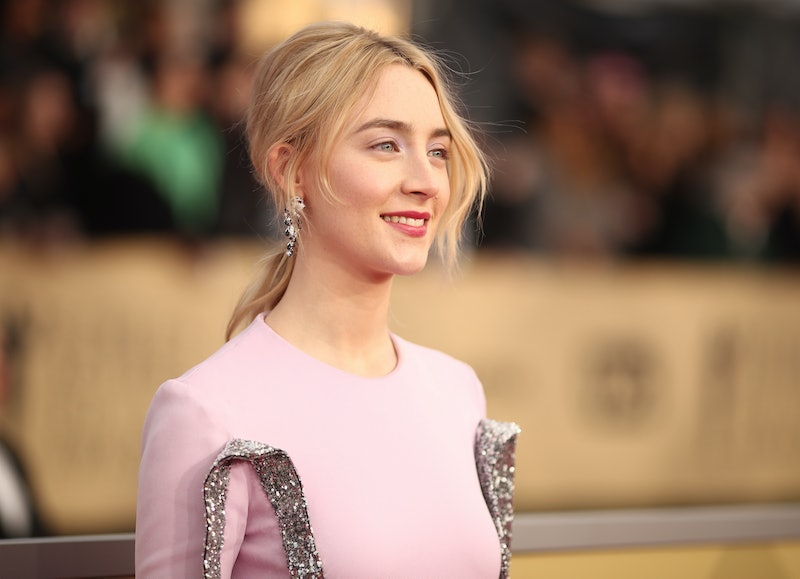 Saoirse Ronan has been unstoppable ever since she first hit the silver screen aged 12 in her role as Briony Tallis in Atonement. She's since been a baker, an Irish immigrant in Brooklyn, an assassin, and she's even starred in an Ed Sheeran music video to boot. Next up she'll be taking reign as one of history's toughest redheads, Mary, Queen of Scots. She stars alongside Margot Robbie who plays her cousin and competitor Queen Elizabeth I, in what's quickly becoming one of this year's most anticipated films. It'll be out on most screens at the tail end of the year, but when is Mary Queen Of Scots out in the UK?

Well, not very soon, apparently. The U.S. will get to see it first as it opens in theatres around the States on December 7, which is sure to give them a nice, cheery Christmas. The UK will have to wait a longer as it won't arrive here until January 18, 2019, but a depressing film starring two beloved actresses will be a good enough excuse to keep the ice cream tubs coming, and to delay the resolutions for another month.

If you don't already know the story, Mary Stuart AKA Mary Queen of Scots had an extra turbulent adolescence. She was the Queen of France at 16 and widowed by 18, and then she just got really thirsty again for the crown. I'll stop there, just in case you don't want the film or your next history lesson spoiled. However, don't rely too much on this film for your homework as a some of it is reportedly pretty inaccurate. The film is directed by acclaimed theatre director Josie Rourke, and focuses mostly on the rivalry between Mary Queen of Scots and Elizabeth I, despite historians saying that the two never even met, the BBC reports.

Mary and Elizabeth were the 16th century equivalent of keyboard warriors, as they just had at each other through their letters. But that probably wouldn't make for a great blockbuster film. While there's only one scene with both women, Ronan and Robbie were kept apart during the filming process until it was finally time for their sole scene together. As reported to Entertainment Weekly, this was at the actress' request so that the union could be extra intense. But when the A listers did finally reunite "we were blubbering like idiots," Ronan told Shirley Li of Entertainment Weekly.

It follows a real life rivalry as Robbie and Ronan spent much of 2018 being nominees alongside each other for many Best Actress awards. Robbie and Ronan were both highly commended for their roles in I, Tonya and Ladybird respectively. Alongside these two, David Tennant will be playing Mary's mortal enemy John Knox, who spoke out very publicly against Mary and accused her of adultery.

The film has been a long time in the making, with Ronan nailed to play Mary as far back as 2012, as Deadline reports. It's set to feature some epic scenes, as the film cost around £180 million to make, according to the Scottish Herald. Sounds like it will be more than worth the wait.