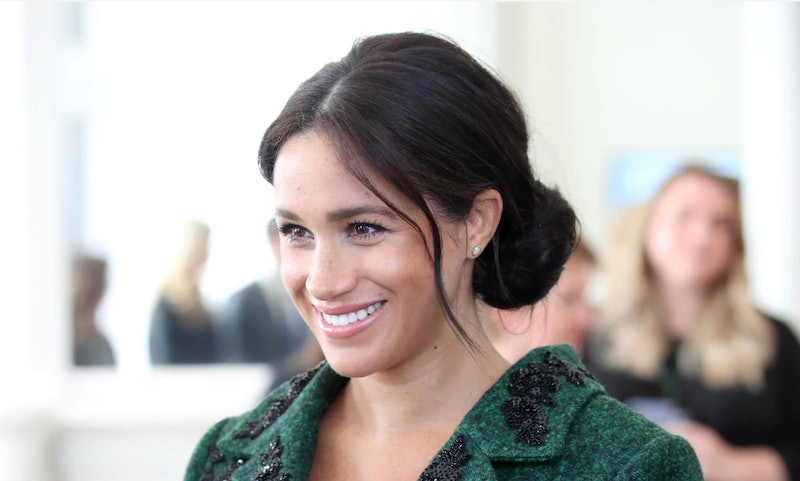 Meghan Markle is having quite a week. Having just announced her guest editor role for Vogue UK's September issue, she is already in the fashion spotlight. But in addition to this incredible feat, it has now been revealed that the Duchess will be collaborating with Marks & Spencer to create her own line of clothing, which will in turn benefit one of the charities closest to her heart. So when is Meghan Markle's clothing line available in the UK, and what can we expect from it?

Let's begin with the announcement, which was made in Markle's edition of Vogue, set to hit shelves this Friday. The Duchess of Sussex revealed that the capsule collection would comprise of workwear, and that each piece sold would benefit Smart Works, a charity that helps unemployed and vulnerable women get back to work. According to Harper's Bazaar royal reporter Omid Scobie, the collection will launch later this year, but there is seemingly no exact date as it stands.

"For each item purchased by a customer, one is donated to charity," Meghan revealed. "Not only does this allow us to be part of each other's story, it reminds us we are in it together."

Smart Works focuses much of its energy on helping to style and coach women who need help, but Meghan wrote in Vogue that extra help was needed with this particular project.

"When you walk into a Smart Works space, you're met with racks of clothing and an array of bags and shoes," Meghan writes. "Sometimes, however, it can be a potpourri of mismatched sizes and colours, not always the right stylistic choices or range of sizes."

Her vision, therefore, is to contribute to this element of the charity with extra appropriate, stylish workwear available for the women.

The Duchess is currently the royal patron for Smart Works, and has been since January 2019. She visited the charity's HQ on 10 January, meeting with Smart Works' volunteers as well as some of the women the charity helps. Videos from the day show Meghan offering her fashion expertise and helping out with a hands-on approach, as well as later sitting down with Smart Works staff to discuss the women's positive attributes that they should promote in an interview setting.

“We are passionate about helping women be the best that they can be. As The Duchess said today having so many other women believing in your is the piece that makes Smart Works so special. As a global campaigner for women and their rights worldwide, The Duchess will shine a light on Smart Works, enabling more women to come to our centres and get the job that will transform their lives.”

As well as two offices in London, Smart Works also has bases in Edinburgh, Manchester, Reading, Birmingham and Newcastle. You can learn more about them via their website.