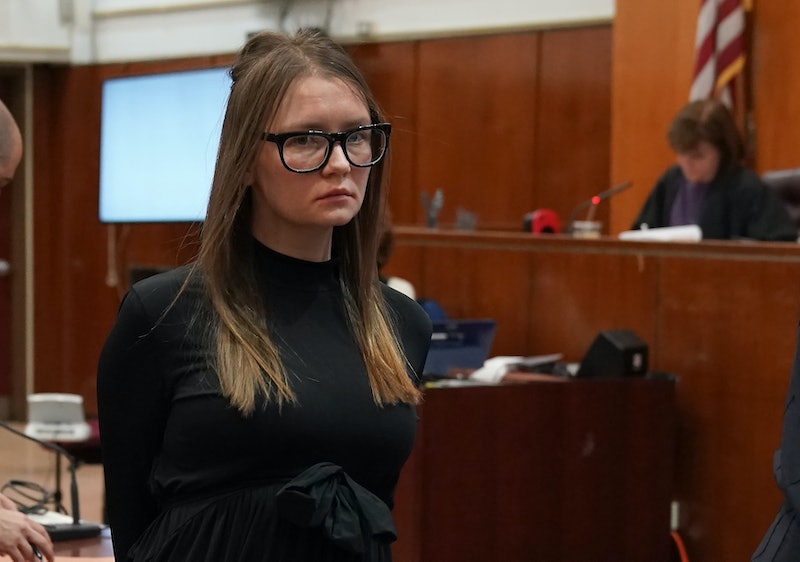 It doesn't take a high level of astuteness to know that, in this world, fact is sometimes stranger than fiction. One instance where this is particularly true is the bizarre story of Anna Delvey, a Russian-born fraudster whose swindle sent shockwaves through New York City's wealthy elite and across the globe. Her case is set to be dramatised in a new Netflix series and you'll be chomping at the bit to find out when's Inventing Anna out in the UK?

For fans of drama, mystery, thrills, and glam in high doses — Inventing Anna will be well worth the wait. But it may be quite the wait. I reached out to Netflix UK for information on the release and will let you know as soon as they've responded. As it stands, however, no official date has been announced.

As per Variety, the show is based on How Anna Delvey Tricked New York's Party People, an article in The Cut written by Jessica Pressler. Delvey, real name Sorokin, is currently serving a four year minimum stay at Albion Correctional Facility in New York as a result of her fraudulent acts.

Variety reports that the show will follow a journalist who's trying to find out the story behind Delvey, a mysterious Insta-famous German heiress who swept the NYC social scene. Delvey's tale isn't your standard account of a spoiled rich girl who gets caught up in her lavish life, because it turns out that not all is what it seems. As the series unfolds, her deception, fraud, and lies are uncovered. The show is set during her ensuing legal woes and tells not only her story, but also the unlikely bond that forms between her and the journalist investigating her crimes.

Delvey is to be played by Julia Garner – who you might recognise from other Netflix show Ozark – and Anna Chlumsky will be taking on the role of Pressler, the reporter investigating the case.

If the case this show is based on isn't enough to reel you in, the fact that it's being created by the utterly brilliant Shonda Rhimes' and her production company, should be enough do the job. Rhimes' Midas touch has birthed shows like Grey's Anatomy, Scandal, and How To Get Away With Murder.

With all of the tried-and-tested entertainment power involved in making this show, Inventing Anna is sure to have you hooked from start to finish.

More like this
12 Documentaries & Films About Cults From Netflix UK To Hook You From Start To Finish
By Kay Leong
Regé-Jean Page Spoke Out On His Rumoured 'Bridgerton' Return
By El Hunt and Maxine Harrison
An 'Emily In Paris' Fave Is Joining Season 5 Of 'The Crown'
By Bustle Editors
Where Is Oscar Torres In 'Only Murders In The Building' Season 2?
By El Hunt
Get The Very Best Of Bustle/UK