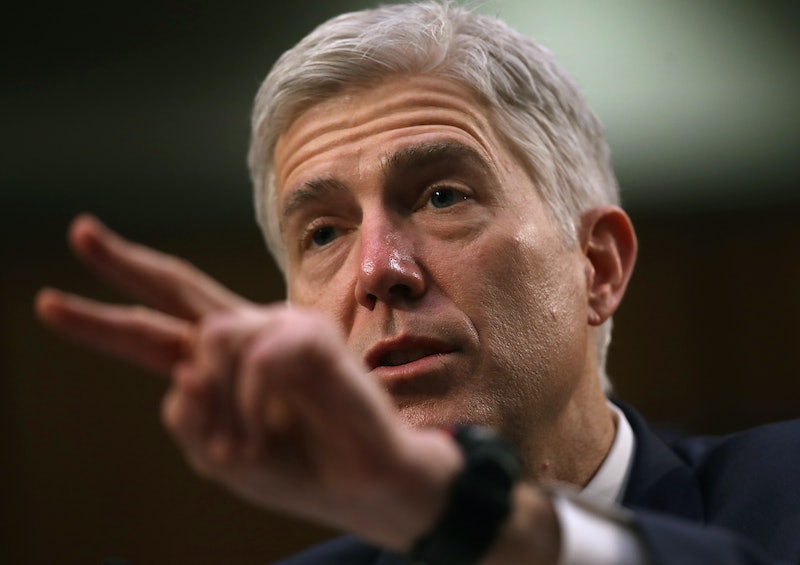 Via an 11-9 vote on Monday, Neil Gorsuch was approved by the Senate Judiciary Committee. Thanks to this vote, the final vote on Gorsuch's nomination will come later this week, when the full Senate weighs in. However, it seems that Senate Democrats now have enough votes in place to filibuster the Trump pick's nomination to the Supreme Court. Eight non-Republicans would have to vote for Gorsuch to break the filibuster, as the rules stand now. Four Democratic Senators have stated they will not join the filibuster, including Colorado Sen. Michael Bennett.

However, it seems that Senate Republicans may have another strategy up their sleeves. They may choose the so-called "nuclear option": changing the voting practice to rely on a simple majority vote. So far, Gorsuch has reportedly met with 78 senators.

No matter what happens, it will certainly be a dramatic end to the long mission to fill the late Antonin Scalia's vacant Supreme Court seat. But as with everything that has happened in politics so far this year, anything is likely to happen. The final vote on Gorsuch's Supreme Court nomination may occur as late as Friday.

And while previous Supreme Court nominee Judge Merrick Garland may be over his blocked journey to join the highest court in the land, many of his supporters are not. Recently, Meet the Press host Chuck Todd questioned Mitch McConnell about the Garland vote blockade. The Senate Majority leader expressed no regret in how the Garland non-vote turned out.

Meanwhile, Sen. Chuck Schumer took to the show to advocate against Senate's switching to the "nuclear option."

While this year's battle over Trump's Supreme Court nominee may seem especially contentious, it's far from the first one that has been so. Who can forget Clarence Thomas' headline-making hearing, which brought workplace sexual harassment to national attention? Much further back, in 1795, George Washington's chief justice nomination was rejected by the Senate.

All in all, with such an important position being considered, it's no surprise that tensions are high. But as the "nuclear option" shows, winning this battle for the Supreme Court seat may come down to which party can do the best job of finessing the voting rules. No doubt whoever fills Antonin's Supreme Court seat will have the legitimacy of their position forever questioned, But it may take some time to learn the person at the center of that criticism will be.