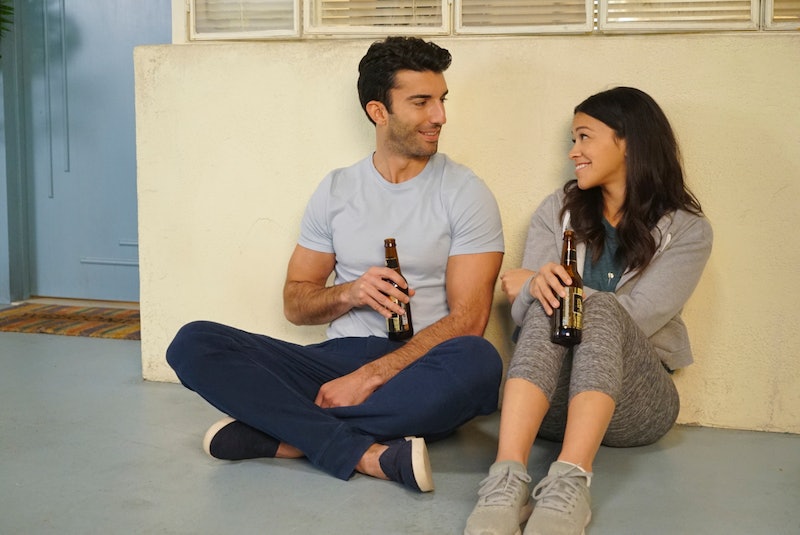 Saying goodbye to a beloved TV show is never easy, which is why 2019 is proving to be particularly painful with the wrap of beloved shows like Game of Thrones, Veep, and Jane the Virgin. Two of the series in question have already come to a close, but when is the Jane the Virgin series finale? Season 5's schedule is proving to be very different from previous seasons, so it'd be completely understandable if you're feeling a little confused about how all of this is going to pan out.

From a fan point of view, it feels like the driving force of this season has already been resolved. Michael came back from the dead, had amnesia, got his memories back, and Jane ultimately realized that she's in love with Rafael now and ended things with Michael for good. Granted, she's still in the process of winning Rafael's trust back, but that's only a matter of time, right? It seems like these two are destined to be together.

So with the love triangle out of the way, once again, you may start to think the series is on its way to the finish line. However, that's not exactly the case. In fact, you should expect this show to be sticking around long into the summer season.

It was revealed early on that Season 5 would be 19 episodes long, which means that Jane the Virgin will come to a close on its 100th episode. And according to the show’s executive producer Brad Silberling, ending on that major milestone was actually the plan all along. “It is a wonderful final season of the show,” Silberling told Metro in an interview back in 2018. “It is exactly as it was laid out… [We’ve] always known when it was going to end. It will be 100 episodes when it’s done and 100 is exactly where Jennie [Snyder Urman, executive producer and creator] always hoped it could end the story. So it’s perfect.”

As of now, The CW has yet to announce when precisely the series finale will be. If you calculate the remaining episodes out, the series could wrap things up as early as Wednesday, July 31, but that's assuming the network airs a new episode every week from now until then, which may not be the case. Until all of the summer schedules come out, it's impossible to know for sure when the Jane the Virgin series finale will be, but a rough estimate indicates it should definitely be in late July or sometime in August.

So fear not, my friends — it isn't time to say goodbye to the Villanueva family just yet.

In the meantime, let's just try to focus on enjoying the rest of the season (and these characters) while we still can. Will Rafael and Jane fully reconcile and perhaps even get married? Will Michael make an appearance again before the season is over or was his goodbye with Jane really the last we'll see of him? Do we ever find out who the narrator actually is? You'll just have to keep tuning in each week to find out.