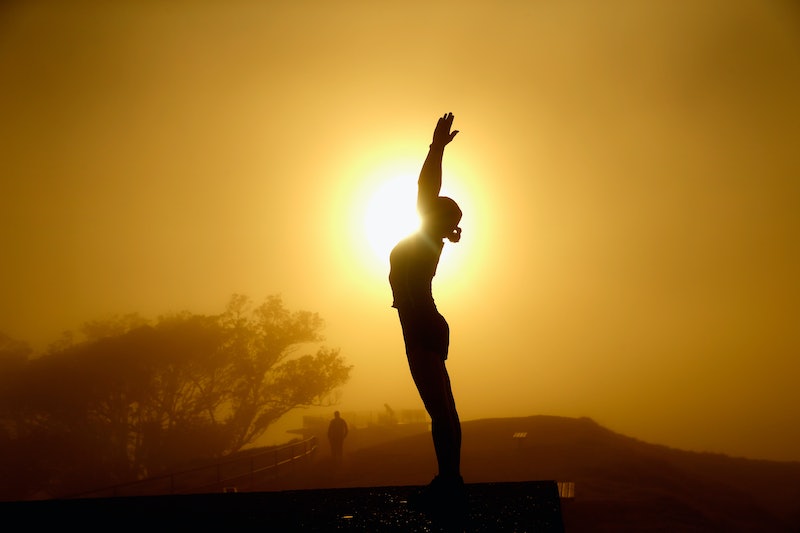 If you need an anthem to get you through June, it's time to dust off Madonna's "Lucky Star" because the new moon in Gemini is going to unleash a shower of karmic stardust. This means you're going to want to mark for your lunar calendar for the June 13, 2018 new moon so you can take advantage of this gift of cosmic energy. "The new moon June 2018 astrology is a good news story. Its uncomplicated by any planetary aspects but heavily influenced by no less than eight fixed stars," Astrology King noted on its website.

"This is the busiest part of the sky for major fixed stars and the new moon lands right in the middle of it. In fact, it bisects two of the most fortunate stars in this group." I think it's safe to say that we could all use a little good fortune right about now, and this Gemini new moon is about to bring it. "The June 2018 new moon brings good fortune and lasting happiness. It provides protection for you and your loved ones."

According to Forever Conscious, the June 2018 new moon is a supermoon, which means this positive lunar energy will be stronger than usual. The new moon also marks the end of a six-month cycle. If you've had a dark and twisty 2018 thus far, hang on my friendlies because things are about to turn around.

"New moons always represent the start of a new cycle, and this Gemini new moon is going to set us on the last lunar cycle before a new eclipse season begins," Forever Conscious explained on its website. "In this last cycle we are going to be wrapping up and putting end to major themes we have been working with since the start of the year."

The June 2018 new moon is an ideal time to shift your energy, which might take some conscious effort on your part. Whenever I start to doubt myself or begin to spin out, I have a friend who reminds me that while what I am feeling is real, it's not always true. And, even though it's difficult, you do have the power to change your trajectory by changing where you direct your time and energy.

"We don’t have to believe everything we think," Forever Conscious noted. "At any time we have the power to rewrite our story and to choose what thoughts we are going to focus on."

The positive effects of the June 2018 new moon will last until the July 12 solar eclipse. While the eclipse won't be visible in the U.S., you can still harness its energy to keeping moving yourself forward. "A solar eclipse is like a really powerful reboot," Darkstar Astrology explained on its website. "The blinding light of the sun is blocked for just enough time to get a new perspective."

The best time to wrap up everything that's been percolating since January is during the two weeks after the new moon. After that it's time to start fresh for the second half of 2018. As we usher in the beginning of summer, the June 2018 new moon is a perfect opportunity to seed your cosmic garden and watch it bloom just in time for the July solar eclipse.

"A new moon can work powerful manifestation magic because the moon is furthest from the earth and this frees the imagination from material limits. Thought-seeds planted at the new moon will grow, so be careful what you wish for!" This means you'll want to do everything on purpose with purpose and carefully consider what (and who) you want to attract into your life.

Whether it be a new partner, a new job, financial stability, a new home, or an overall sense of wellbeing, what you put out into the universe during this new moon will eventually come back to you like a cosmic boomerang. So, when you wish upon those lucky stars on June 13, make those wishes count.

More like this
Everything To Know About The Next New Moon
By Nina Kahn
Eleven From ‘Stranger Things’ Is A Cancer Zodiac Sign, An Astrologer Says
By Brittany Beringer
Your July 2022 Monthly Tarot Reading
By Jezmina Von Thiele
Here’s Your Horoscope For July 2022
By Alexandria Lettman
Get Even More From Bustle — Sign Up For The Newsletter