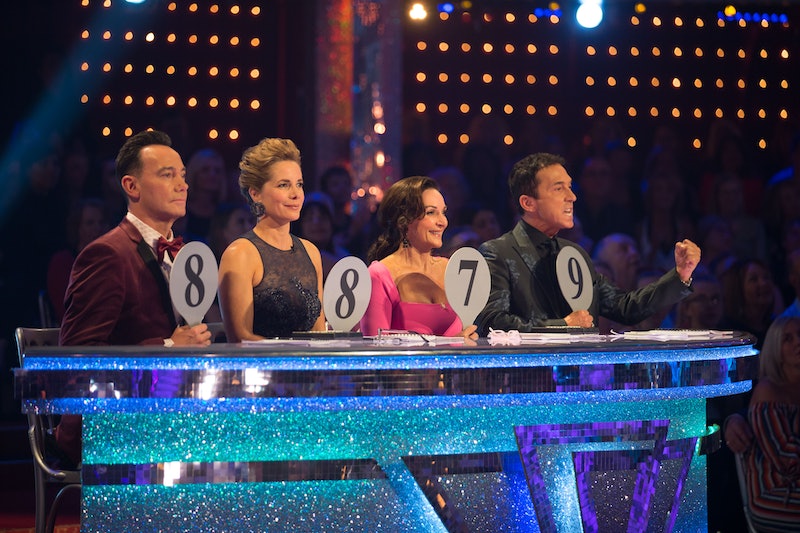 We're only two live shows into Strictly Come Dancing 2018, but fans are already speculating about which dancing duo will ultimately lift the glitterball. One couple, Susannah Constantine and pro partner Anton Du Beke, are already out of the running, while YouTuber Joe Sugg and partner Dianne Buswell have emerged as the bookies' favourite. There's fourteen couples still angling for dancefloor glory — so when is the Strictly Come Dancing final?

According to the Radio Times, the Strictly final typically lands on the third weekend of December, meaning this year's final will probably air on December 15. Including this Saturday's episode, that means there's 11 live shows left to go, or about 10 and a half weeks left. The final might seem a while away, but I can guarantee you'll be watching the show dances before you know it.

So who's expected to win, after two live performances? As mentioned above, Joe Sugg and Dianne Buswell are the current favourites to emerge victorious, according to Oddschecker. Second favourites are Ashley Roberts and partner Pasha Kovalev, followed by Faye Tozer and Giovanni Pernice, Stacey Dooley and Kevin Clifton, and Vick Hope and Graziano Di Prima. With 11 shows to go, of course, there's plenty of time for that to change.

The bookies' predictions don't quite correspond to the top five on last week's leaderboard, which saw Roberts, Tozer, and Sugg take the top three slots, followed by Danny John-Jules and Amy Dowden and Dr. Ranj Singh and Janette Manrara.

The bookies' prediction might have a little something to do with Joe Sugg's online popularity: he's got over 8 million subscribers on YouTube, after all, plus 5.5 million on Twitter and 5.7 million on Instagram. And if the viewing figures on his first two live show dances are anything to go by, he's having no trouble converting those online fans into Strictly devotees — and, presumably, voters. Sugg and Buswell's first routine, a jive to A-Ha's "Take On Me", has already racked up over 1.7 million views, while their Charleston to "Cotton Eye Joe" currently sits at over 1 million views.

Saturday night's show is Movie Week, the Radio Times reports, and the dances have been revealed. Favourites Sugg and Buswell will dance the American smooth to a teen classic, High School Musical's "Breaking Free" — a targeted choice for his teen audience, perhaps? Grease will also make an appearance, courtesy of Faye Tozer and Giovanni Pernice, who'll dance a quickstep to "You're The One That I Want."

Current leaders Ashley Roberts and Pasha Kovalev will perform a salsa to Dirty Dancing anthem "(I've Had) The Time Of My Life," while Danny John-Jules and Amy Dowden are bringing The Greatest Showman to Strictly with a paso doble to the musical's title track. My personal favourite choice? Vick Hope and Graziano Di Prima's salsa to ABBA's "Take A Chance On Me," because I will cherish Mamma Mia until I die.

Three days of rehearsals left, then, until the celebrities take to the dancefloor. Who'll dance their way a little closer to the final?