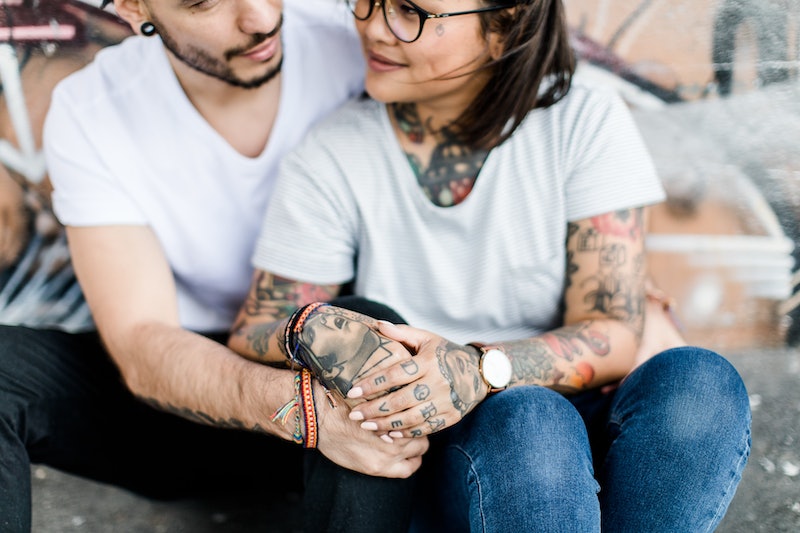 Dating in 2017 is hella ambiguous. Our generation has done a great job of throwing most hard and fast dating rules out the window. These days, it’s pretty much up to you whether you want to wait one month, one week, or one hour to jump into bed with someone. We’re spoiled for choice! But while this approach to dating is undoubtedly freeing, it also makes it hard to figure out when to define the relationship.

"People are increasingly terrified to have the relationship conversation because vulnerability is scary," Nicole Richardson, LPC-S, LMFT, tells Bustle. "In the digital age, it is becoming increasingly difficult to be open, sincere and vulnerable. We don’t want to put ourselves out there unless we are sure the other person will reciprocate our feelings."

But any grown-ass woman who's had a romantic partner knows that you have to push through the fear and have that DTR conversation at some point. And anyone who’s agonized over the conversation also knows that the fear is usually way worse than the reality of just, you know, being a grownup and talking about it. So with that in mind, here are seven moments when you know it’s definitely time to DTR.