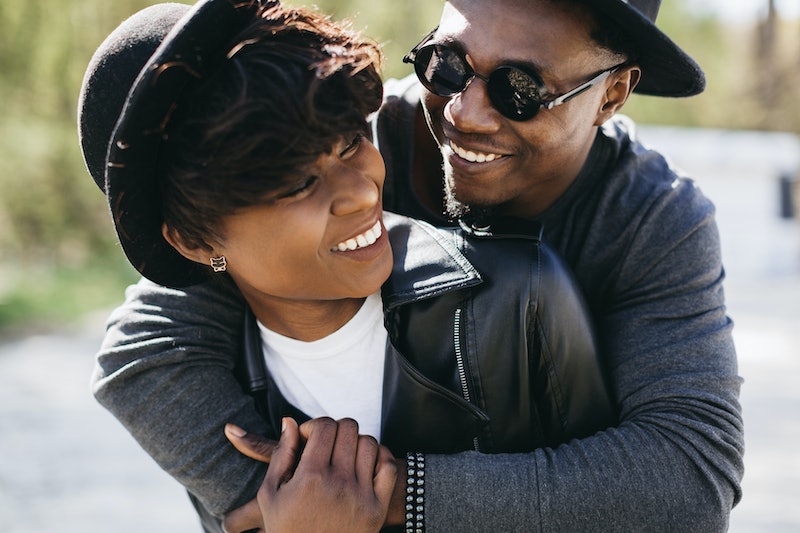 In the dating world, I struggle with interpreting the true intentions of my partners. In a world where hookup culture, swiping right, and ghosting someone you're seeing are the norm, dating for Millennials has become such a gray area. The once black and white question — are we in a relationship or not? — has become filled with ambiguity and even more questions.

“Far too many relationship defining talks are initiated because one of the parties is upset about their nebulous relationship status,” Demetrius Figueroa, founder of the dating blog and podcast Tao of Indifference, tells Bustle. “Entering into a relationship is a big step, one you shouldn’t make out of anger. Instead, try to start the conversation from a neutral position. Have the conversation that you both want to have, not a conversation one of you wants to have because you’re angry.”

In the past, I've found myself in the painful pattern of casually dating someone who has totally different intentions than mine. I am oriented towards love and commitment, yet I have run into the trap of dating guys who lead me on. I have been ghosted several times after a seemingly perfect night out. This issue is in part my own fault because I've been too afraid to ask, "What are we?" I've been too fearful that I will sound too needy or that I'm placing pressure on the relationship. Instead, I've kept keep quiet and then got strung along for weeks, and months, only to finally realize that I'd been investing my time and energy into a dead-end relationship.

So when is a good time to define the relationship? Here's what 13 Millennials have to say.