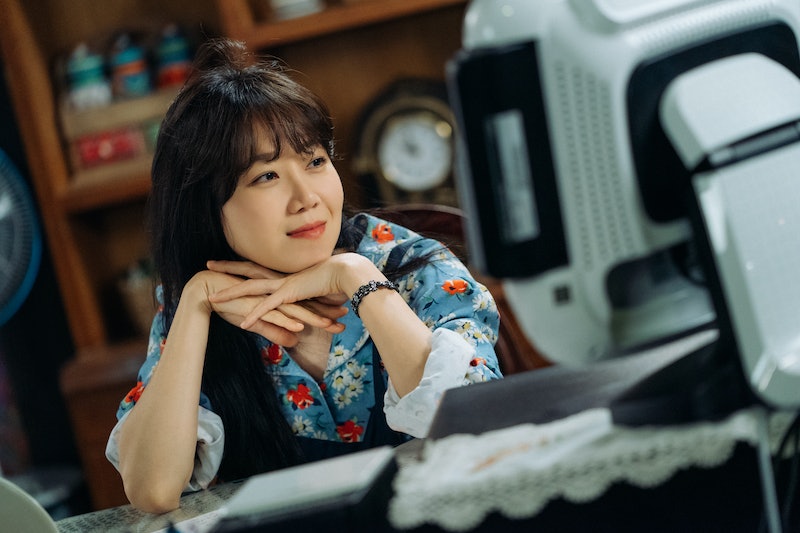 If you’re a human being whose taste in television is directly correlated to how “in love” its main characters appear, then you likely experienced the trailer drop for Netflix’s new K drama When the Camellia Blooms as though the series were announcing its candidacy for your new favorite show. “A person’s feelings can turn upside down in three, just three seconds,” scruffy, small town cop Hwang Yonsik (Kang Ha-neul) stutters, glancing toward the object of his affection. Dongbaek (Gong Hyo-jin) smiles, mysteriously, as if she is the sort of lovely person whose own lovely thoughts are sufficient to make her smile. It's enough to have you already Googling when and where you can get more of the starry-eyed duo, maybe even a Camellia season two.

The first two episodes of the show's 18-episode season launched Sept. 18 on Netflix, synchronized to its initial airing in South Korea (two more episodes will debut each week on, same as on KBS2). In addition to tracing the will-they-won’t-they-but-mostly-will-they of the two main characters, the show follows the lives of two other couples, each in a different stage in their relationships.

As director Cha Young Hoon recently told the Korean press, “When the Camellia Blooms will be the kind of drama that makes you want to give your mom a call, reminds you of an old love, and fills viewers with many emotions.” As Netflix puts it, “This show is: Heartfelt, Romantic.”

Camellia is part of an ongoing campaign by Netflix to become a go-to resource for Hallyu’s worldwide audience, an effort that began three years ago when the streaming company first went global.

This summer saw the release of two Korean political thrillers, as well as a second season of My First First Love, a show about twenty-somethings living together while navigating amorous entanglements. (“This show is: Sentimental, Romantic.”) Camellia engages with the still somewhat taboo experience of single parenthood explored earlier this year in the first season of Netflix's One Spring Night, which featured a single father. (“This show is: Heartfelt, Emotional, Romantic.”)

In Camellia, it’s the stigma against single motherhood that’s being challenged. Dongbaek, played with wary reserve by Gong, is distrustful when Yongsik demonstrates interest. When he intervenes on her behalf in a street argument, she doubts him. “What a do-gooder,” she says, more accusation than compliment. But Yongsik himself was raised by a single mother.

“The show is not your typical K-romance drama,” Minji Kang, a Netflix manager for Korean content, tells Bustle. Their love is characterized by its compassion. “Yongsik falls in love with Dongbaek at first sight, and discovers how Dongbaek’s son reminds him of his own childhood.”

While Kang says there are no plans yet for a second season, she’s excited for Camellia to see a global audience. As new players like Disney and Apple release streaming platforms domestically, Netflix’s international subscriber base and reputation for developing so-called “niche” content continue to set it apart.

As one company exec said last year, “We started to ask, ‘Is it really niche, or have the distribution channels for those categories been historically disaggregated, making it difficult to actually get scale and momentum and word-of-mouth and all those things that help to grow audiences over the course of time?” For fans of Camellia and K dramas that are: Emotional, Heart-warming, Romantic, Netflix’s reliance on global stories sounds like good news.

More like this
'Love Is Blind: After The Altar' Season 3 Has A Release Date & It's Very Soon
By Grace Wehniainen
The 'Freeridge' Cast Shared Their Hopes For A Potential Season 2
By Grace Wehniainen
Netflix Shut Down 'Bridgerton' S3 Rumours About A “Very Dark” Storyline
By Bustle
Everything To Know About A Potential 'Lockwood & Co.' Season 2
By Gretchen Smail
Get Even More From Bustle — Sign Up For The Newsletter
From hair trends to relationship advice, our daily newsletter has everything you need to sound like a person who’s on TikTok, even if you aren’t.