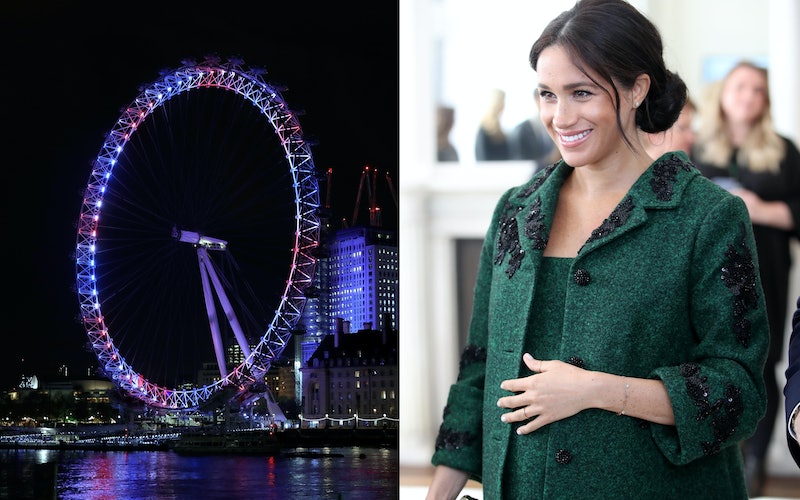 We are T-minus a couple of weeks before a new royal baby will be in our midst. Prince Harry and Meghan Markle’s due date is sometime around the “end of April, early May” according to Ms. Markle herself. The specific anticipated date, however, has not been revealed. (Babies, even royal ones, can be unpredictable like that.)

The royal couple is, of course, not alone in preparing for their forthcoming first spawn. Meghan Markle’s baby shower, or at least one of them, happened in late February. Celebrity guests from Serena Williams to Amal Clooney were in attendance. Gayle King, who was lucky enough to score an invitation, told “CBS This Morning” that “a good time was had by all” at the shower. King added that Markle is “a very private person” and would likely prefer to keep some details private. “But I hope she won't mind me sharing this because I've never seen anything like this at a baby shower,” King said. “They had flower arranging. They brought in somebody to explain how to arrange flowers. We all each made an individual vase.” I mean, how else does one prepare for a springtime royal baby than with a springtime royal flower arrangement?

Landmarks around the world will also be partaking in longstanding Royal Baby traditions, celebrating the birth of the royal baby. Buildings and well-known spots from London to New Zealand to Canada will likely be lit up blue or pink, depending on the baby’s sex. (Is that rooted in longstanding gender norms that have been shown to affect children’s perceptions of gender? Yes. But the royal family isn’t really known for bucking tradition.)

As Caity Weaver writes for the New York Times, “The particular characteristics of the baby’s reproductive organs have not yet been disclosed.” And claims the royal couple with raise their baby “gender fluid” have been called “totally false” by a spokesperson for the royal family.

That said, there is most definitely a human baby on the way — here are a few of the landmarks that will likely celebrate the arrival.