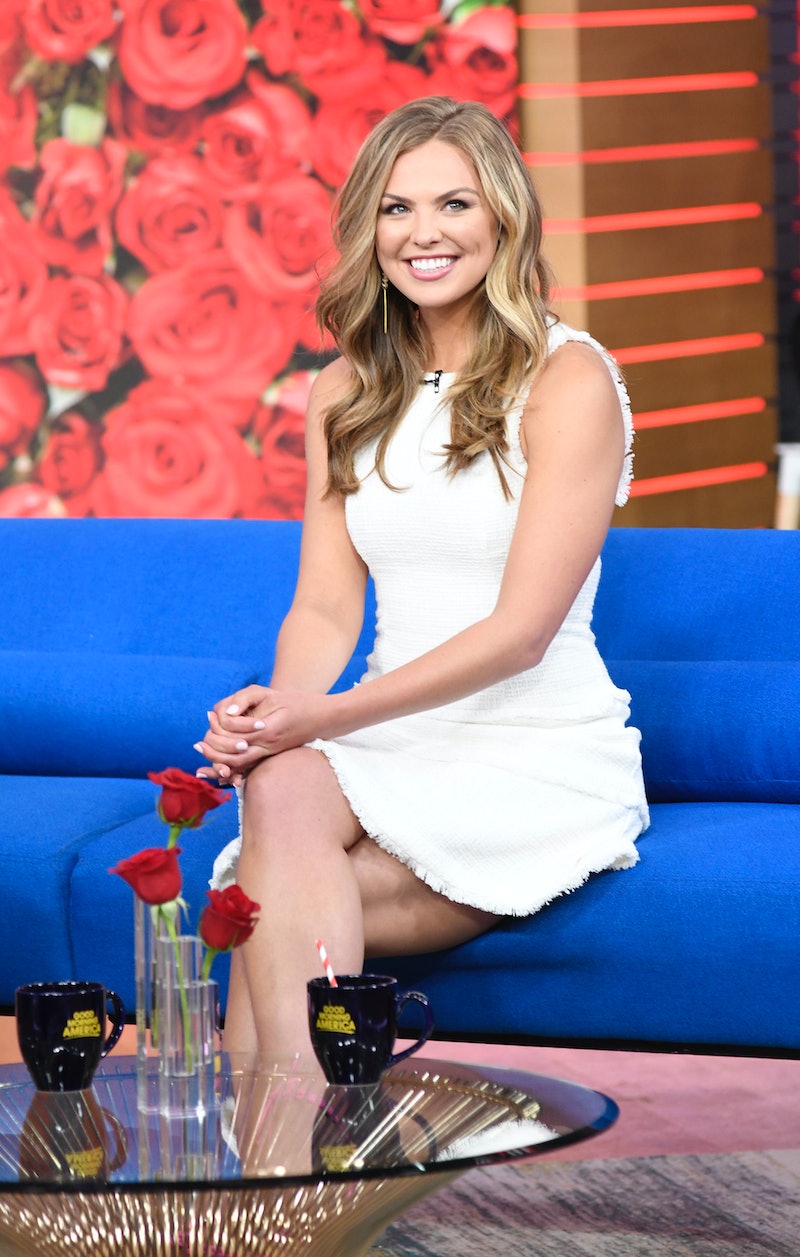 It's been go-go-go for Hannah since she found out she would be the Bachelorette in March. Following Colton's season, Hannah's journey to love began almost immediately after Colton's final episode aired. And then her season filmed basically all the way up until when it premiered. Hannah's Bachelorette finale episode was filmed in May 2019, which means she's been with her potential fiancé for almost three months — if she did indeed leave the show engaged.

The exact date for when filming ended isn't known, but it can be narrowed to a time frame. On May 7, Entertainment Tonight published an interview with Chris Harrison about the finale that had taken place the previous week. At the time of the interview, the finale hadn't yet been taped. That means the interview likely took place sometime between April 29 and May 3. So we know the potential proposal didn't go down in April.

Hannah returned to social media on May 15, meaning her journey was over by at least then. But, her season premiered on May 13, so it would be strange if it had still been filming while it was also premiering. Wouldn't the editors want to know who won before putting the first episode together? How else would they know who to highlight?

Then there's the fact that Hannah likely didn't just fly home the second filming ended. According to Sean Lowe's book, he and Catherine had a three-day break after he proposed to just spend time together before they had to go back to the real world. Courtney Robertson wrote about a similar timeline in her own book. So if filming ended by May 12 at the latest (the day before the premiere), and Hannah had three days with her beau after filming, that would put her back on May 15 — just like she was.

It's possible that filming ended earlier and Hannah had more time post-show with her winner or that she just waited a day or two to return to social media after coming home. But the rough timeline of her finale taping is sometime in the first week and a half-ish of May.

This is a big contrast to The Bachelor, which usually wraps filming in November, but doesn't premiere until January and then doesn't conclude until March. Couples who make it off that show have to wait, like, four months before they can go public, whereas The Bachelorette couples only have to wait a little over two months. When you're trying to build a relationship with someone, it can be a huge roadblock to not really able to be "normal" for four months after you get engaged. Perhaps that's part of why Bachelorette couples tend to fare better than Bachelor ones.

In any case, whatever the ending of Hannah's season (or how that ending holds up today), all will finally be revealed to the public on July 29 and 30 during the two-night finale. As The Hollywood Reporter noted, that's a first for The Bachelorette. Arie and Colton's Bachelor seasons had two-night finales because there was so much to go over, so Hannah's season finale must be similarly jam-packed with info.

Her journey may have stopped filming in May, but it's only just beginning IRL now that everyone will soon know who she chooses and how that relationship is faring today. Don't miss the two-night finale to see it all go down.