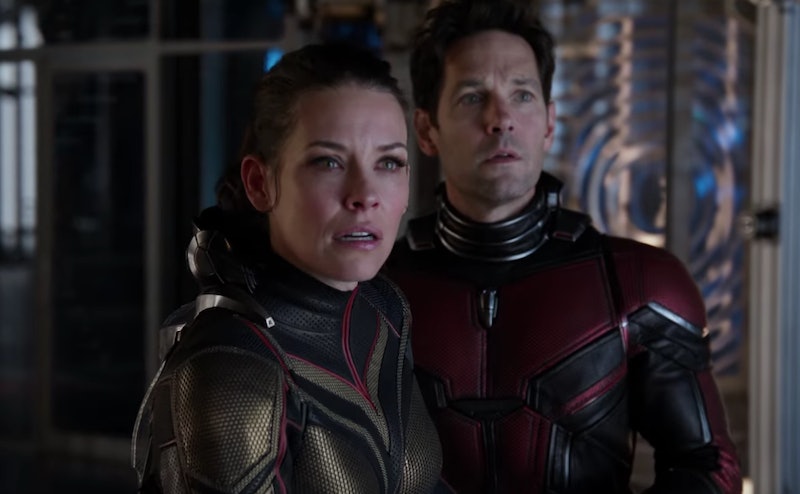 With Ant Man and the Wasp, the Marvel Cinematic Universe hits a milestone — the film is the 20th MCU movie released to theaters. It also marks the official end of Marvel's Phase 3 of production, with little word on what's coming in Phase 4. Fans asking when Ant-Man 3 will come out might be better off asking if the series' characters have a place in Marvel's next phase, since that's what will determine if there'll be a third Ant-Man movie at all.

Actor Michael Peña, who plays former cellmate and friend of Scott Lang (aka Ant-Man) Luis, accidentally set the internet ablaze at the start of 2018 with a statement about the future that was interpreted by many as confirming a third Ant-Man film. Hype was so hard, a week later Peña spoke to USA Today to outright deny confirming anything. "I don’t work at Marvel. I’m not part of the studio," Peña said. "Like I have the information, more than Kevin (Feige, Marvel Studios president). That would be really, really funny."

Actor Paul Rudd echoed the sentiment, telling ScreenRant, "I have no idea whether or not if they'll do anything else with [Ant-Man]. I really don't. Marvel's very good at keeping their cards close to their chest, not just with the public." That didn't stop the actor from hypothesizing what direction his character could go in the future. Bringing up the comic-based trajectory of Scott's daughter Cassie becoming a superhero in her own right, Rudd said, "One of the things I think does separate [Ant-Man] is this whole thing about family, and parents, and kids...it does seem like it's their family business."

Rudd's right about Marvel keeping things under wraps; nothing is known about Marvel's Phase 4 beyond the March 2019 release of Captain Marvel's '90s throwback, July 2019's Spider-Man sequel, and the big line in the sand, Avengers 4. Marvel isn't attending this year's San Diego Comic-Con, normally the main platform for big announcements and releases, and Kevin Feige specifically told ComicBook that "The plan going forward is gonna be about making great film, as good a film as we can, one after another," adding that they're still figuring out "how to debut [those plans]...And after Avengers 4, being less cagey about it."

That means Ant-Man fans might have to wait until after May 3, 2019 to get any official word on the biggest smallest hero, though there's always the possibility that big characters, plot twists, or information could show up in Spider-Man: Homecoming 2 or its inevitable post-credit scene. And with Tom Holland's reputation as a walking spoiler alert, there's always the hope he might spill some details even earlier than that.

Until then, fans will have to speculate on whether Ant-Man, the Wasp, and the intriguing new section of the MCU known as the Quantum Realm fit in to Marvel's next film phase. The Quantum Realm alone has a rich history in the Marvel Universe that predates Ant-Man, but even if it plays a key part in Phase 4, that doesn't necessarily involve Ant-Man or the Wasp in the plans.

But if there is an ant-sized chance of a third film, it'd be good to pay attention to Feige's statement to ComicBook regarding future film plots. Said the director, "How they connect, how they build up, it all goes back to the comics. Comics has done a good job. Infinity War was just one mega event in the comics in the history of mega events."

And if the original comics and their existing stories are a rich mine of material the MCU isn't going to overlook, there's a lot of interesting possibilities in store for Scott Lang, including joining the Avengers, fighting Doctor Doom, and becoming a mole for HYDRA, for starters. Until Avengers 4 gets closer to release, fans of the microscopic heroes will just have to wait.