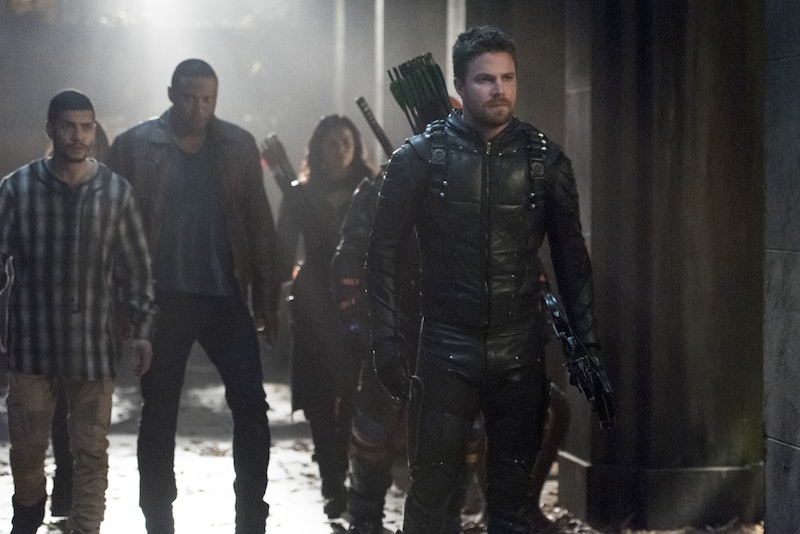 Arrow closed out it fifth season with an exciting May 24 finale. After a year that included a massive four-way superhero crossover event, this Arrow hiatus may feel interminably long for fans. When will Arrow return for Season 6? Fortunately, the end of Oliver Queen's long summer break is already in sight.

The CW renewed Arrow for a sixth season along with a slew of other shows, including all of its superhero content. Ahead of its upfronts presentation earlier in May, the network shared its fall schedule, and Arrow, of course, is back — but could possibly be facing its biggest opponent yet. No, it's not a bird, or a plane, it's NBC's hit family drama This Is Us. Arrow is moving from its longstanding Wednesday time slot to Thursday nights at 9 p.m. ET, following Supernatural. This Is Us also changed nights for its upcoming season, and the two shows have landed as ratings competitors in the same Thursday time slot.

There is no premiere date just yet for Arrow, but fans can rest assured knowing that more episodes are coming this fall. Until then, there are several ways to stay connected with your favorite Arrow actors. Here's where you can see them: