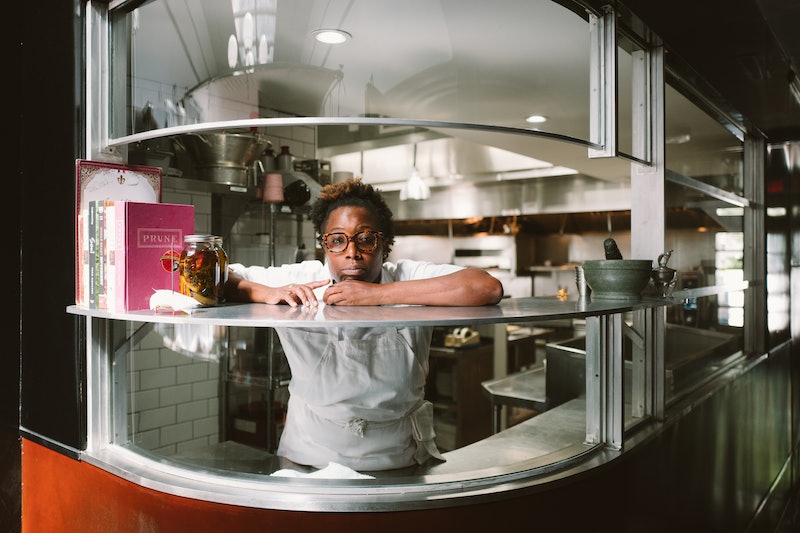 The sixth season of Chef's Table arrives on Netflix on Feb. 22, which means you can soon feast your eyes on dozens of new, delicious creations from more of the most talented chefs in the world. This season contains just four episodes, so whether you decide to devour the whole thing in one go or savor it as long as possible, pretty soon you'll be ready for another helping. Netflix hasn't yet announced if and when Chef's Table Season 7 will return, but the odds are pretty likely that they'll be dishing up another round of this fan favorite at some point soon.

Chef's Table Season 6 was confirmed back on Sep. 13, 2018, per Food and Wine Gazette. Since the season is finally dropping a little over five months later, it stands to reason that fans could be getting more episodes soon. However, the lack of an official confirmation announcement could be a sign that it's going to take a little longer this time around.

One month after it first premiered in February 2015, Chef's Table received a renewal order straight through Season 4. Seasons 5 and 6 were also renewed together, and the news was announced in September 2017 — just two weeks before Season 5 landed on Netflix. It's also possible that they could already be working on Season 7, and won't announce it officially until just before it arrives.

The arresting and cutting-edge cinematography of Chef's Table takes time to get just right. In an interview with Indie Wire, directors Andrew Fried, Brian McGinn, and creator David Gelb explained that they never shoot those breathtaking close-ups with a zoom lens, so there are more steps involved in getting the right shot.

"If we were trying to shoot this conversation," McGinn explained, "and we wanted to go from a tight single shot of you to a wide of the room, you can do that on a zoom lens [with one movement]. For us, that [change requires] stopping down and swapping a new lens in."

Speaking to Esquire, Gelb revealed that the process for shooting one episode of Chef's Table takes two weeks. If you factor in roughly another two weeks for editing, that means it takes about a month to film a single episode. With four to six episodes per season, it would be a big surprise if they decided to rush Season 7 out in less than half a year.

No matter how long it takes, Gelb seems eager to continue making Chef's Table indefinitely. Talking to Cinema Thread after Chef's Table Season 4, he explained that even if he does decide to pursue other projects, he always hopes to keep Chef's Table on the table. "A constant for me is Chef’s Table," he said. "I love making the show, I love to eat, I love the family we’ve created."

Chef's Table has been a critical darling since Season 1, and has grown a near-cult status among fans. Last year, it even bagged its first Emmy nomination for the episode "Corrado Assenza." With all that power behind it, it doesn't seem likely that Netflix will be taking Chef's Table off the menu any time soon.

More like this
Here’s Everything Coming To & Leaving Netflix In July
By Grace Wehniainen
Move Over, 'Sunset'! The Drama-Filled Trailer For 'Selling The OC' Is Here
By Nola Ojomu
What’s New On Netflix: The Return Of 'The Umbrella Academy'
By Arya Roshanian
Tyler Barriss From ‘Web Of Make Believe’ Remains In Prison For Swatting
By Kadin Burnett
Get Even More From Bustle — Sign Up For The Newsletter