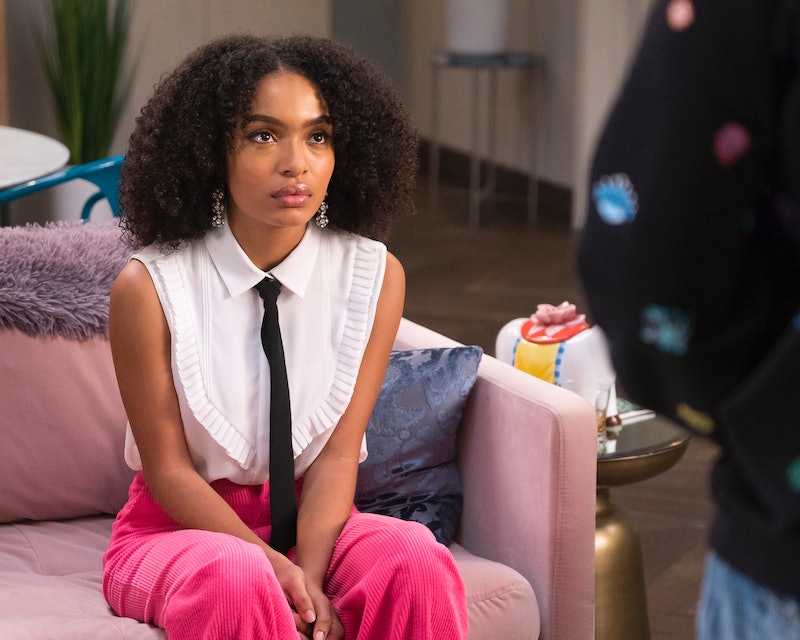 It seems like grown-ish Season 2 made its debut just yesterday and now the mid-season finale is already upon us. Time really does fly when you are having a good time. Zoey’s journey into young adulthood and college life has been a funny, wild, and interesting ride that fans can’t get enough of, so it’s no surprise that they have one big question on their minds — when does grown-ish Season 2 come back? Right now, there is no date set in stone so it may be a while before the new episodes drop.

Season 2 is expected to run 20 episodes, which is a lot longer than the show’s 13-episode freshman season. The first season was concurrent and ended in late March, so there’s no real precedent on how grown-ish will handle its scheduling with longer seasons. It’s possible that the show is on Spring break (get it?) and will return to fill in those infamous summer TV programming gaps. There's always a need to keep viewers drawn in during those lazy months of summer where there's nothing to do but park on the couch. It's possible for grown-ish to come back that quickly if the show has already filmed the back half of this season.

Or, the network may decide to take a more extended hiatus and return just in time for the big fall TV rush. Many other shows that air in the fall This move might make more sense if grown-ish will continue to debut new seasons in January. The back half of Season 2 could run in early fall and then Season 3, which was confirmed by Freeform, can kick off in January 2020. No matter what, the wait is going to feel super long. There's no word on if the next half will include a small time skip or if things will pick right back up wherever they end tonight but fans will eventually know what to expect once the yet-to-be confirmed date is near.

The return date might not be certain, but the mid-season finale will definitely be hilarious. Grown-ish's official Twitter page posted a clip of Zoey's dad and grandfather showing up for Parent's Weekend (is that a real thing?) and meeting her bae Luca for the first time. Pops isn't happy about a "young bohemian" snuggling up and "living his best life" with his granddaughter, but Luca points out that he doesn't live there.

Of course, Dre asks Luca when he last slept at his own place and, in classic sitcom fashion, Zoey says yesterday while Luca simultaneously tells the truth and admits that it's been a good minute. Well, the awkwardness level increased really fast. Poor Zoey sighs in exasperation as she gets the infamous "Dad stare."

Yeah, she's in for a long and very uncomfortable weekend.