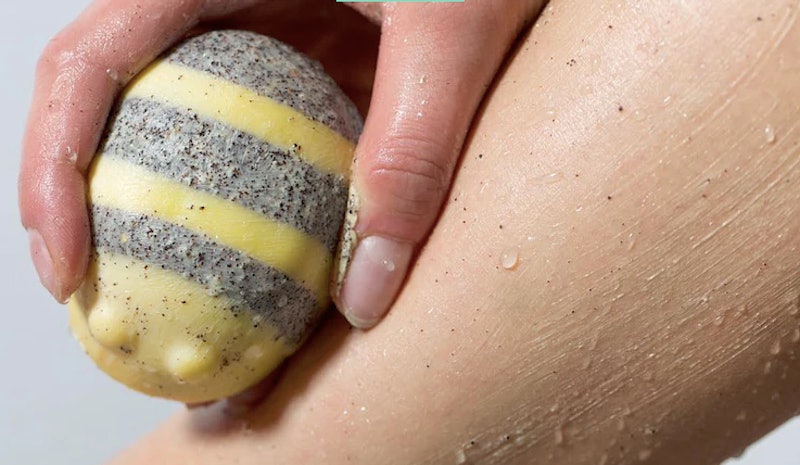 LUSH Cosmetics knows what people want. Earlier this year, LUSH made waves when they released the "Scrubee," an egg shaped exfoliator/moisturizer for Mother's Day. The Scrubee was supposed to be a limited edition product, but now it's back by popular demand. The LUSH Scrubee will be restocked later this summer as a permanent part of LUSH's lineup.

When fans first realized that they wouldn't be able to get their hands on a Scrubee year round, they took to Twitter and started a #SaveScrubee campaign, because that's just what people do these days. But hey, as you can see, it's a very effective method for convincing brands to bring back favorites. On Thursday, LUSH announced that the Scrubee is here to stay.

“Our fans like to keep us on our toes,” said Brandi Halls, LUSH's Director of Brand Communications in a press release. “We were so blown away by their demand to #SaveScrubee that we had to do right by them. Scrubee has officially been saved and is part of our year-round lineup.”

While an official release date has not been announced, LUSH's Instagram post stated that the tentative launch is planned for the end of July, which is practically around the corner.

For those of you unfamiliar with the LUSH Scrubee, it's basically a glorious egg shaped exfoliator with alternating bands of body butter and exfoliating ground coconut shells. And it would be an understatement to say that it's kind of popular among LUSHies.

So be sure to head to your nearest LUSH store towards the end of July so you can get your hands on a scrubee! Although now that they're a permanent fixture of LUSH's collection, I suppose you don't have to rush. How great is that?