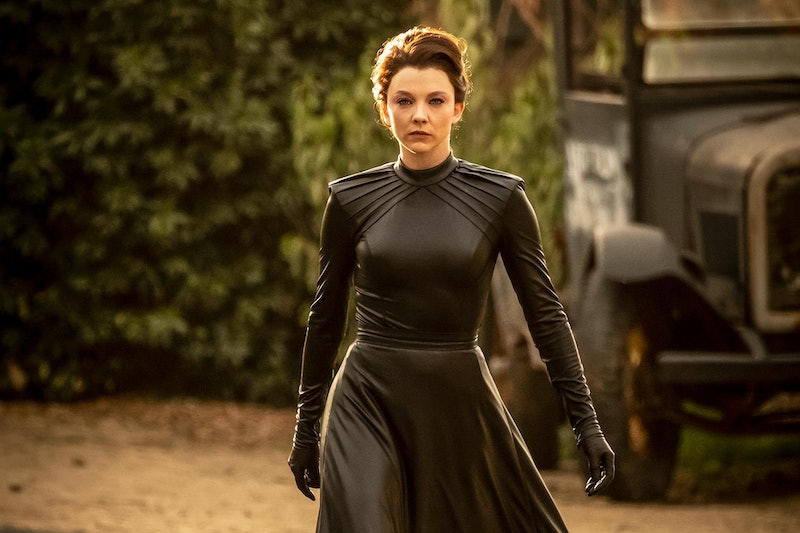 It's been four years since British-horror classic Penny Dreadful abruptly ended after three incredibly haunting seasons. Without sharing spoilers for any late-in-the-day streamers, it had a very final ending, removing any potential for a follow up – or so we thought. The latest series has been given a complete re-work, with an all new cast and anti-heroine, and it promises to be just as chilling. It is currently streaming in the US, so, when will Penny Dreadful: City Of Angels air in the UK?

The trailer for the spin-off series dropped on Youtube on May 6 and it will officially land on Sky Atlantic and Now TV this July.

Set in 1938 Los Angeles, Penny Dreadful: City of Angels picks up 50 years after the previous series, during a time of social and racial tension. Mexican folklore features heavily — a clue for the series' supernatural elements – and the story unfolds over 10 episodes, following the dark murder of a family, faces painted in traditional Day-of-the-Dead-style makeup. While initially it might not seem as creepy as the original, it definitely has its fair share of yikes moments.

The Penny Dreadful: City of Angels creator, John Logan, told reporters at the Television Critics Association, per the Radio Times: “The most important thing to remember for me about this show is, while it’s set in 1938, it’s about 2020.

“Looking over the world landscape now, I am struck by parallels… particularly the rise of extremist political hatred, a sort of racist demagoguery that is taken for granted, by the pernicious influence of foreign power in our electoral process, and particularly by the marginalisation and victimisation of an ethnic community. And as the son of immigrants myself, this is a story I wanted to tell.”

Speaking about the multi-faceted nature of her role, Dormer told Radio Times: "Every good protagonist needs an antagonist and I just have a lot of fun interweaving with all the cast, being several antagonists, which I am thrilled to be doing. Every character [has a] different wig, different voice, different physicality.”

We're looking forward to seeing each of her shape-shifting versions of Penny Dreadful 2.0 in action.

More like this
Rupert Grint Just Shared A *Major* Update About Ron Weasley’s Future
By El Hunt
Anne Hathaway Shared A "Thrilling" 'Princess Diaries 3' Update
By Darshita Goyal
'The Last Of Us' Has Officially Been Renewed For Season 2
By Darshita Goyal
Mollie Gallagher Has A Deeply Personal Reason For Taking Up Skating
By Maxine Harrison
Get The Very Best Of Bustle/UK
Sign up for Bustle UK's twice-weekly newsletter, featuring the latest must-watch TV, moving personal stories, and expert advice on the hottest viral buys.