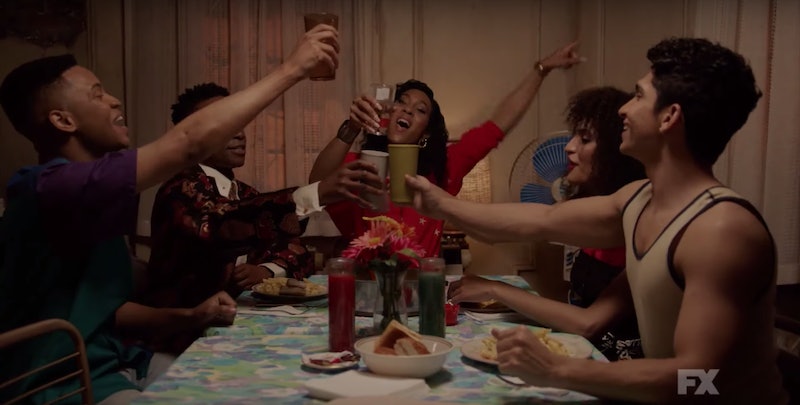 Ever since the groundbreaking U.S. drama Pose wrapped up its first season fans have been patiently awaiting its return. The series is based in 1980s New York city, and centres around queer African-American and Latino ball culture. The Ryan Murphy production made its UK debut back in March, and series 2 recently got underway across the pond. But when will Pose season 2 be on BBC? Here's everything you need to know.

As it stands no official UK airdate for the second season of Pose has been announced. I have reached out to the BBC for comment, and will update with any new information the minute it becomes available. However according to Digital Spy, it took more than nine months for series one to reach the UK after its initial U.S. airing — which means if the BBC follow the same schedule, fans could very well be looking at a March 2020 debut of Pose series 2. In the mean time, you can catch up with the entire first season on the BBC iPlayer, where all eight episodes are available for your viewing pleasure.

Although fans in the UK will have to wait and see what Pose season 2 has in store, some details of the show's new chapter have been revealed. According to NME, series-creator Ryan Murphy has previously confirmed that the second series will enter a new decade by kicking off in 1990. More specifically, the show will fast forward to the exact day Madonna's hit single "Vogue" was released, a song which is now said to have introduced ballroom culture to mainstream audiences.

Pose's co-creator, Steven Canals, also touched upon what viewers can expect from the second series. Speaking to Variety, he revealed, "we now get sort of reacquainted with these characters because the year-and-a-half has now passed. It’s fun to explore what has happened in the past two years, and how are they the person that they are presenting now? We were able to research what was happening in 1990 and lean into how New York had changed."

Canals also revealed that Pose series 2 will lean further into the HIV/AIDS crisis, and said that fans will get to see "the real-world consequences" the epidemic had on the LGBTQ+ community during that time. Going into further detail, the show's co-creator said series 2 will touch upon "access to medical care" by asking what it means to be HIV positive, and be African-American or Latino, and not have access to that care.

I don't know about you, but the new series sounds like it's going to be just as fabulous as the first, and the return of Pose cannot come soon enough.