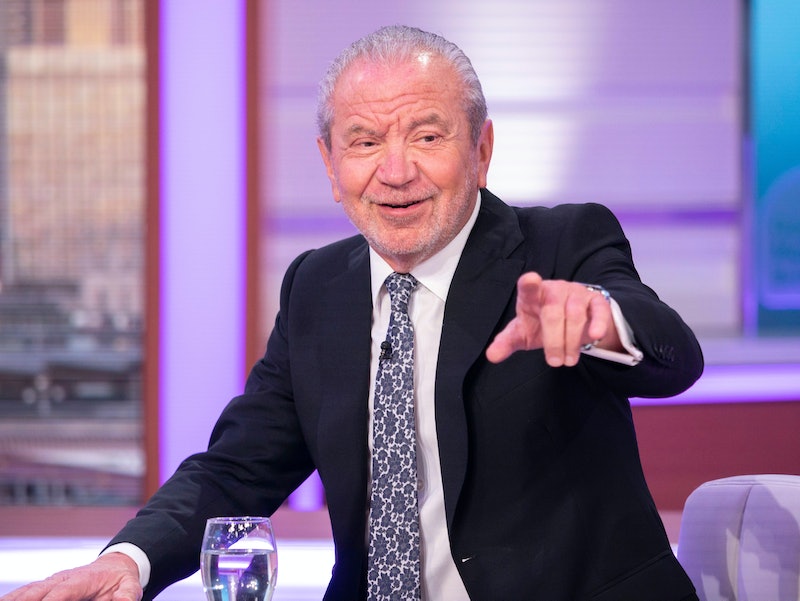 There are some shows on telly that make you absolutely scream at the device as if the tiny people inside could hear you. The Apprentice is one of those shows. Over the years, we've seen so many gaffes from so many contestants that it's become totally impossible to keep track of them all. But, let's be real, I'm so excited to see what kind of hilarity this year's batch of budding young business hopefuls will bring. So, the question is: when is The Apprentice 2019 starting?

Although the BBC have not yet announced an official air date, the show usually starts around October. Meaning it should be here just in time for the cold weather to start rolling in. Bustle have reached out to the BBC for any further details about the exact date, and we'll get back to you when we hear.

The Apprentice has been running since 2005, and has provided LOLs from the get go. Who could forget the time the contestants tried to sell processed cheese to the French? Or the endless use of words like "synergy" or phrases like "touching base." This really is entertainment at its finest.

The judge of the show, billionaire Sir Alan Sugar, always knows the exact thing to say to belittle the contestants and provide serious soundbites, quotes, and endless memes. Do you think you could provide fuel for his incendiary comments?

Well, whether you can or cannot, the applications for the next season are sadly already closed, with the lucky few who got through various auditions and interviews currently in the last rounds to get onto the show, according to the Radio Times. Oh well, there's always next year.

I guess you might feel a little bit in limbo right now. What with no chance to enter this year and ages to wait until a fresh batch of self-assured suit-wearing cannon fodder comes back on your screen. Wellm worry thee not y'all, because The Celebrity Apprentice is coming to your screens tonight (March 7), and it will keep you satiated AF.

The celeb version isn't too dissimilar from the regular Apprentice, except this time the contestants are competing to earn money for charity. As opposed to, erm, themselves. Speaking about the show, the BBC states:

"Ten ambitious celebrity candidates will take on a challenge set by The Apprentice supremo as they battle it out in two rival teams to raise as much money as possible for Comic Relief’s Red Nose Day".

The show will have a girls team and a boys team battling it out. The girls team includes Tameka Empson and Kelly Hoppen, and the lads will have the likes of Rylan Clark-Neal and Russel Kane on board. The task at hand for the teams is to organise a themed event. The team that nails the event and earns the most money for charity wins the competition.

The money earned by the celebrities during their stint on the show will go into the pot for this year's Red Nose Day, Comic Relief's huge fundraising campaign in which people get the chance to be "funny for money." This year's Red Nose Day is going to be huge, with loads of well-known talent taking to the TV to raise money. One of the biggest things happening this Red Nose Day is the reboot of the original Four Weddings And A Funeral. The original film and the new short for Red Nose Day were both made by Richard Curtis, who, along with his wife Emma Freud, heads up Comic Relief.

OMG looks like the next couple of weeks are going to have some pretty lit entertainment. Can't wait.