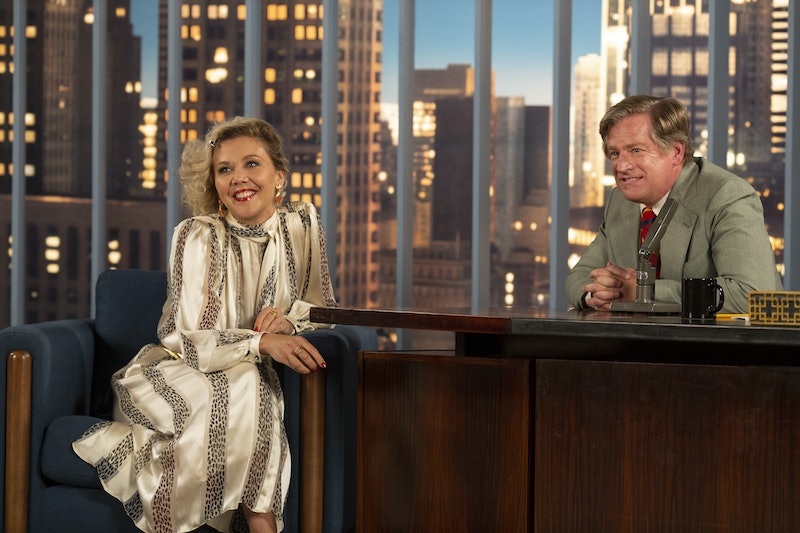 "We're always conjuring the last scene before we write the first," tweeted co-creator David Simon in September. "So much the better when we work for people who allow us to consistently plan, arc and execute as intended. Thanks, HBO, for the third and final season renewal and the chance for The Deuce to tell its full story."

"Assuming that all the critics in the world don’t come down on our heads and it finds an audience of some sort, it’s planned for two more seasons. The ensuing season will be in the late’70s, after these characters have been around, in this world, for about four or five years. And then, the final season we’ve planned for is ‘85/’86, which is when Times Square came crashing down around their heads. That would conclude it."

The late '80s and early '90s did see a lot of change in New York and particularly Times Square. In 1990, a coalition/initiative called The New 42nd Street sought to redevelop the seedy area, ridding it of crime, urban decay, and pornography theaters. This is sometimes referred to as the Disneyfication of Times Square, due largely in part to Beauty and the Beast opening at the centrally located Palace Theatre in 1994 thanks to a deal struck between Mayor Rudi Giuliani and Michael Eisner, the then chairman and chief executive of the Walt Disney Company.

So, setting the final season at the end of this era makes for a perfect ending. The exact premiere date of The Deuce Season 3 has not yet been announced. However, an educated guess would place the premiere in the first or second week of September, 2019. That's about when both of the previous seasons aired their first episodes, concluding one to two months later.

The only potential hurdle is the return of Game of Thrones for its final season — which also does not have a premiere date at this time. Big Little Lies may also return for its Season 2 during the summer of fall of 2019, that hasn't been announced yet either. There are a lot of factors at play, and HBO has never been one to rush things or stick to a strict schedule. However, The Deuce is expected to return for its final season in the next calendar year, and until fans hear anything different from HBO or the show's producers, you can hold them to that!