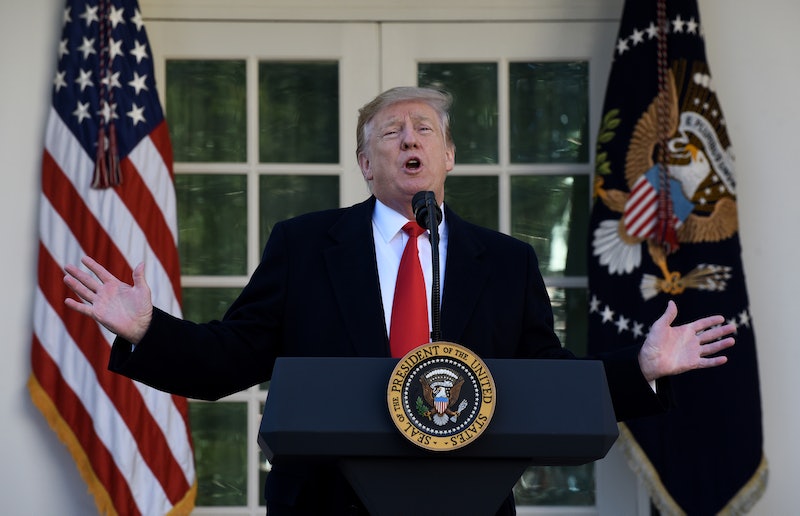 The longest government shutdown in American history came to an end on Friday, as President Trump capitulated to Democrats and agreed to sign a three week government funding bill without any money for a U.S.-Mexico border wall. The bill passed the Senate and the House of Representatives shortly after Trump's speech, and the president is expected to sign it later in the day — but that doesn't necessarily mean the government will reopen immediately.

Although the bill in question does fund the whole government, the fact that significant parts of the government were non-operational for over a month has created an enormous backlog of work for federal employees, Politico reports, and it's going to take some time for the government to be up and running to the extent it was before the shutdown.

Take the IRS, for instance. Politico reported early Friday that 14,000 IRS employees who weren't being paid didn't show up for work during the week. As a result, the maximum wait time for calls to the IRS jumped from 10 minutes to 40 minutes, and around 65 percent of calls didn't go answered at all, according to the Washington Post. Politico also reports that the agency lost around 25 IT staffers every week during the shutdown.

The IRS is now going to have to play catch-up, and that could mean delays for Americans expecting tax refunds. It's not entirely clear if returns will actually be delayed; the IRS said in a statement on Jan. 8 that taxpayers will "receive their refunds notwithstanding the government shutdown," but tax experts have speculated otherwise.

What's beyond dispute, though, is that the shutdown has set the IRS back in its workload. The American Institute of CPAs, which represents tax preparers, wrote in a letter to Treasury Secretary Steve Mnuchin on Thursday that "we expect tremendous additional time to work with the IRS on correspondence once the shutdown ends." Of course, that work will fall on IRS employees as well as accountants.

Similarly, national parks will now reopen after being shuttered for a month. But many of them suffered widespread damage and vandalism during the shutdown, as there weren't enough park rangers to patrol them, while others faced overflowing toilets and excessive littering due to lack of maintenance. This, too, will take more than just a bill to rectify.

Meanwhile, Politico reports that the security certificates of at least 130 government websites expired because of the shutdown, rendering those websites either inaccessible or unsecured. Food safety inspections were halted during the shutdown, court cases were put on hold, public hearings were postponed — the list goes on.

It's also worth mentioning that the bill Trump signed only funds the government until Feb. 15. This means that, unlikely as it may seem, it's entirely possible that the government will shut down again if the president and Congress can't come to an agreement regarding government funding over the next three weeks. Politico suggested that this uncertainty could compel federal employees to quit, which would in turn create more staffing shortages — although, to be clear, this is merely speculation.

The government shutdown, in other words, resulted in setbacks and delays that will take some time to fix. Those consequences are real, and they won't simply disappear once Trump signs a bill to fund the government.