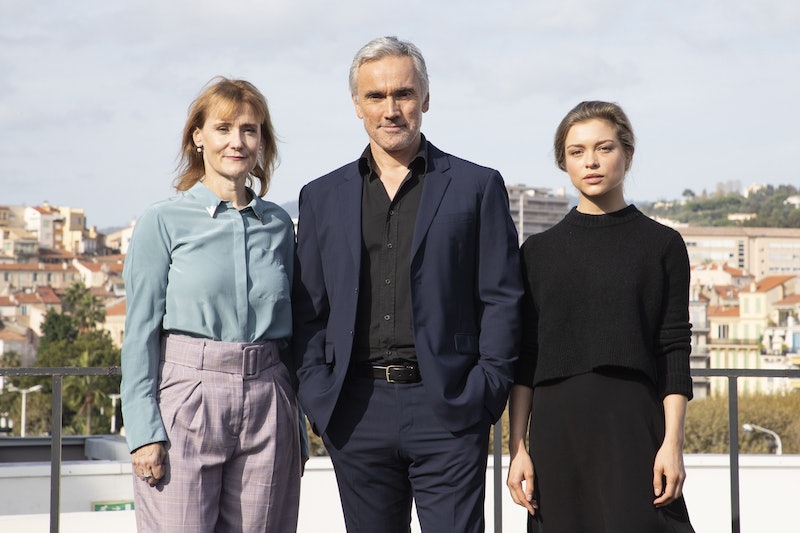 The Trial of Christine Keeler will take a fresh look into a chain of events which became known as the Profumo Affair, and led to one of the most infamous media scandals in modern British history. The upcoming drama promises to take viewers behind the scenes of this highly-publicised true story, and sees the likes of Sophie Cookson, James Norton, and Ben Miles portray the real-life figures at the centre of the 1961 scandal. But when will The Trial of Christine Keeler be on BBC One? Here's what we know so far about the BBC's newest drama.

According to the Express, the series is expected to debut later in 2019, however an exact release date is yet to be confirmed. I have reached out to the BBC for comment, and will update with any new information once it becomes available.

As the Daily Mail reports, The Trial of Christine Keeler is set to revive one of the most infamous British political scandals, and tell the true story of Christine Keeler's well-documented affair with the secretary state of war, John Profumo, which took place back in 1961. The cast of the drama includes James Norton, Ellie Bamber, Ben Miles, and Sophie Cookson, who appears as Keeler — a character described as a young woman who refused to play by the rules of a "powerful, male-dominated establishment."

The six-part BBC series is expected to reimagine Keeler's experience from her perspective, and according to the Daily Mail, Cookson has previously described how she wanted to portray the former-model as a troubled teen who morphs into a "wonderfully flawed heroine." This influence was also very much present behind the scenes, and the production team behind The Trial of Christine Keeler is predominantly made up of women —including director Andrea Harkin, producer Rebecca Ferguson, and screenwriter Amanda Coe. During an interview with the Times, Ferguson touched upon how the female gaze influenced the BBC series, and commented that "its not that men can't direct women but there is a definite distinction between the male and female gaze."

Speaking about the upcoming TV drama, the Controller of BBC Drama, Piers Wenger, previously stated that casting actors who could "authentically convey" the experience of Keeler was paramount, and as The Sun reports, show-writer Amanda Coe revealed that she was "excited to have the opportunity to bring a fresh lens to a story that has become a powerful fable of our national identity."

So, although we're still waiting on a precise release date, The Trial of Christine Keeler is expected to arrive on BBC One soon, and I cannot wait to see this real-life political scandal play out onscreen.