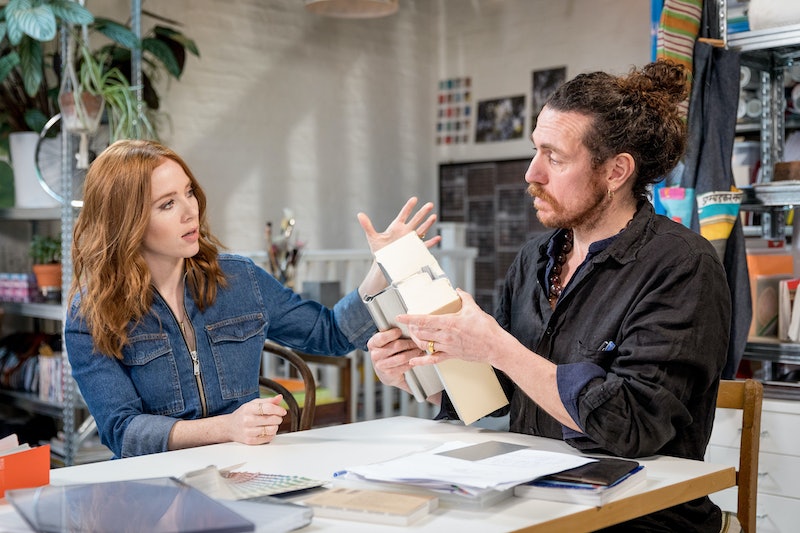 The BBC's Your Home Made Perfect provides a unique take on the home renovation TV format we've become accustomed to. Presented by Angela Scanlon, the home makeover series offers participants the chance to envision their dream homes, all thanks to the magic of virtual reality headsets. The first series of the makeover series with a twist wrapped up earlier in the year, so naturally, fans have begun to ponder the future of the show. So, will Your Home Made Perfect be back for Season 2? Here's everything we know so far.

Those hoping for a second run might be disappointed to learn that no announcement has been made in regards to another series. However, this most definitely doesn't rule anything out, and the BBC could reveal details of Your Home Made Perfect season 2 at a later date. I have reached out to the BBC for comment, and will update with any new information once it becomes available.

If you're unfamiliar with this brilliantly original series, the format of Your Home Made Perfect centres around cutting-edge virtual reality and visual effects — all of which is used to allow the show's participants to see what their future dream homes could end up looking like. The technology grants those involved to explore all corners of their potential new gaff, without building anything in reality.

The series lets viewers get to enjoy the breathtaking digital transformation of various homes, and during each episode, the participating families are presented with two drastically different designs, both of which were expertly created by two highly-skilled architects. As the Radio Times reports, the conclusion of Your Home Made Perfect revolves around which innovative idea the family will eventually choose to take forward, however, the creative journey it takes to get there is equally as thrilling.

As mentioned previously, the virtual renovations are overseen by the show's resident competing architects, Laura Jane Clark and Robert Jamison. Throughout each episode, Laura and Robert go head to head whilst creating their vision for each home, and according to the BBC, the pair whip up their genius ideas within the Your Home Made Perfect design studio, under the watchful eye of presenter Angela Scanlon. Using VR goggles, participants are eventually taken back inside the house they want to strive to improve, and the amazing final designs are reason enough for this fantastic series to return for a second outing. Fingers crossed.

Watch Your Home Made Perfect series one on the BBC iPlayer.

More like this
Every Season Of 'Love Island' Ranked Best To Worst
By Alice Broster, Frances Stewart and Sophie McEvoy
Barney Walsh Has Been Linked With This Famous Miss World Winner
By Sophie McEvoy
Joey Essex Is Rumoured To Be Dating A 'Love Island' Favourite
By Sam Ramsden
Molly-Mae & Tommy Fury Revealed Their Baby Girl's "Really Unusual" Name
By Sophie McEvoy and Sam Ramsden
Get The Very Best Of Bustle/UK
Sign up for Bustle UK's twice-weekly newsletter, featuring the latest must-watch TV, moving personal stories, and expert advice on the hottest viral buys.