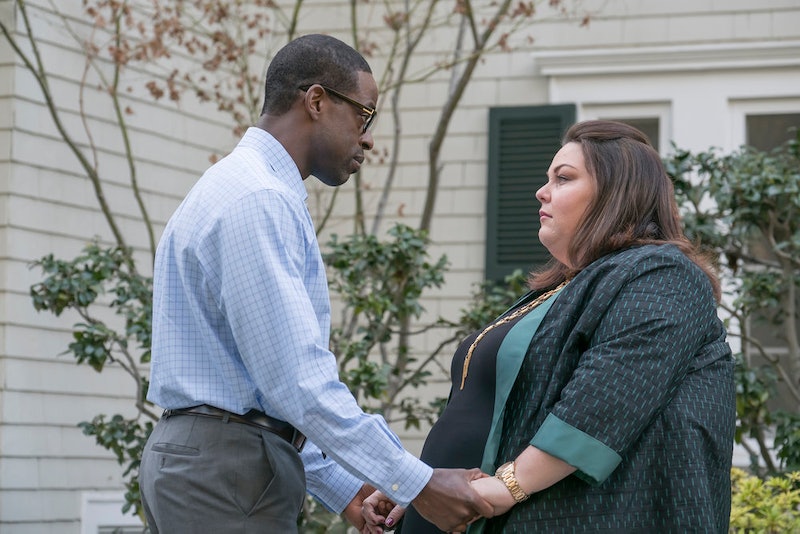 You'll have to find another source for your weekly cathartic cry after this Tuesday — at least for a little while. The first season finale of This Is Us airs March 14 on NBC. The heartrending and heartwarming series about the tight-knit Pearson clan quickly found a loyal audience and became one of 2016-2017's best watercooler shows. So it wasn't a surprise for anyone reading the rapturous reviews or tracking the rise of new stars like Chrissy Metz and Sterling K. Brown that the series got a Season 2 pick-up. But the news was even better than fans were probably expecting. In January, NBC renewed This Is Us for Season 2 and 3, according to The Hollywood Reporter. This messy, lovable family will be back for certain, but when? This Is Us Season 2 will premiere in the fall, probably. But NBC has not announced an exact date for its return.

UPDATE: On June 20, Milo Ventigmiglia announced on Twitter that This Is Us Season 2 will premiere on Sept. 26.

EARLIER: The first season of This Is Us began in September of 2016, within that traditional primetime network premiere window. So though its 18-episode season doesn't take it all the way through May — as a 22 or 24-episode order would have — it's very likely that NBC will still bring This Is Us back this fall. But since the network still has a lot of decisions to make about new and returning shows before then, it's really too soon to make the call on precisely when Season 2 will hit your TV.

This hiatus could hit This Is Us fans hard, so here are a few Pearson-approved activities to help you pass the time until that Season 2 premiere.

Talk To The People In Your Neighborhood

His biological father taught Randall that no matter how long your life may be, you'll never have enough of it. From William, Randall learned how to appreciate all the small blessings he used to miss while he tackled the next item on his to-do list. So in memory of that wise man, take a long walk on a nice day and say hello to someone you'd normally walk right past.

Jack always knew how to make his daughter Kate feel special, even when her social life took a hit. Everything she did and was interested in was important to him, even the dance craze Kate's idol Madonna brought into the mainstream with a hit single. Jack would want you to stay true to yourself too, so if you feel like vogue-ing, just vogue.

Bonus points if it's something you can share with someone you love.

"The Manny" contains multitudes. Kevin Pearson may be emotionally clueless at times, but he has an artistic soul. He explains his painting so well to Randall and Beth's girls. His feelings about his play didn't have a shape, but they had color. So that's what he used to get them out. Set aside some time to be creative, whether that means scrapbooking photos, journaling, or letting loose on canvas.

This Is Us is taking a well-deserved break before returning for Season 2, but you can use that break to inject some of its core values into your life.