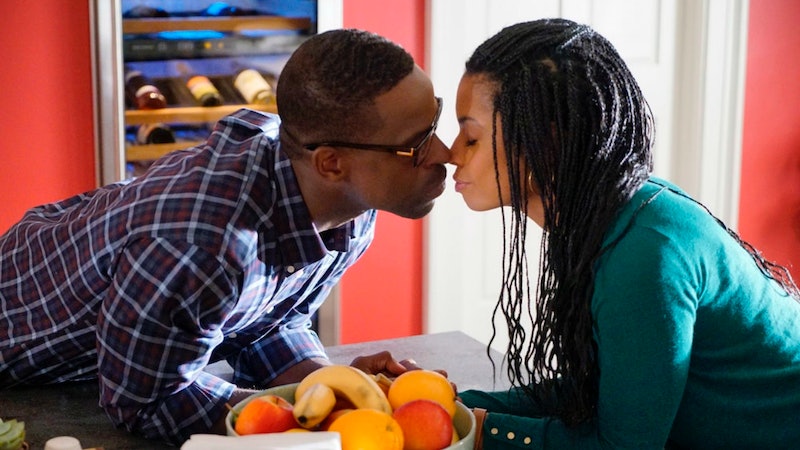 Time is fluid on NBC's tearjerker family drama This Is Us, and being able to move freely between the past and present has been one of the show's greatest assets. In an interview with The Huffington Post, Susan Kelechi Watson hinted This Is Us Season 2 may explore Beth's past, as well as continue its deep dive into the Pearson family's history. When asked about the potential for Beth's story beyond her role as Randall's wife to be explored, Watson told The Huffington Post:

"That has to be a possibility playing with time and everything like that. We have the space right now to do it because we have two more seasons. Have they thought about it that far? I’m not sure. I imagine that’s an option that’s available to us. I know that we will learn about who she is, her family and her career."

The more Beth, the better, I say. Throughout Season 1, Beth has shown extreme patience and love as the Pearson family and their plethora of problems descended on her home life. First Randall found his birth father and moved him into their home, and then his brother showed up looking for a place to stay as well. Throughout it all, Beth has been a sounding-board for her husband, brother-in-law, and newfound father-in-law. She even became Williams's caregiver as his illness progressed, which Watson revealed the show will explore in the final two episodes of Season 1.

Given how essential she is to keeping the Pearson family grounded, it is time for Beth to be given more to do than just give advice. While little hints about her family have been revealed — in the recent episode "Jack Pearson's Son," Beth's mom suffered a broken hip, and it was suggested earlier in the season she lost her father — her story has largely revolved around Randall and William so far.

The loss of William is sure to hit her hard, given how close the two had become, and hopefully that will lead to more of an exploration into how Beth became the amazing person she is today. Season 2 has a chance to flashback to Beth and Randall's courtship, and even to Beth's childhood. The show's glimpses into the past need not be devoted entirely to Jack, Rebecca, and The Big Three, as the peeks into William's history proved.

Beth and Randall have one of TV's most compelling marriages. They stand by each other, and have a deep understanding of each other's needs. Season 1 has understandably been about establishing Randall's story, but Season 2 should be Beth's time to shine.

As the only character besides Miguel who decided to join the Pearson family, despite their many, many problems, it is only right that Beth is given a fleshed out history to go along with her current role as the voice of reason. She's so much more than just Randall's wife, and Watson is such a gifted actress, it would be a shame if the show never gave her a meaty story all her own.

More like this
'Elite' Season 6 Is Arriving Sooner Than You Think
By Gretchen Smail and Grace Wehniainen
'The White Lotus' Season 2 Trailer Teases Multiple Affairs & Another Dead Body
By Bustle Editors
The Future Of BBC’s ‘Inside Man’ Is As Unclear As The Ending
By Sophie McEvoy
Nicola Coughlan Shared A Lady Whistledown Excerpt From ‘Bridgerton’ Season 3
By Grace Wehniainen, Alyssa Lapid and Sam Ramsden
Get Even More From Bustle — Sign Up For The Newsletter