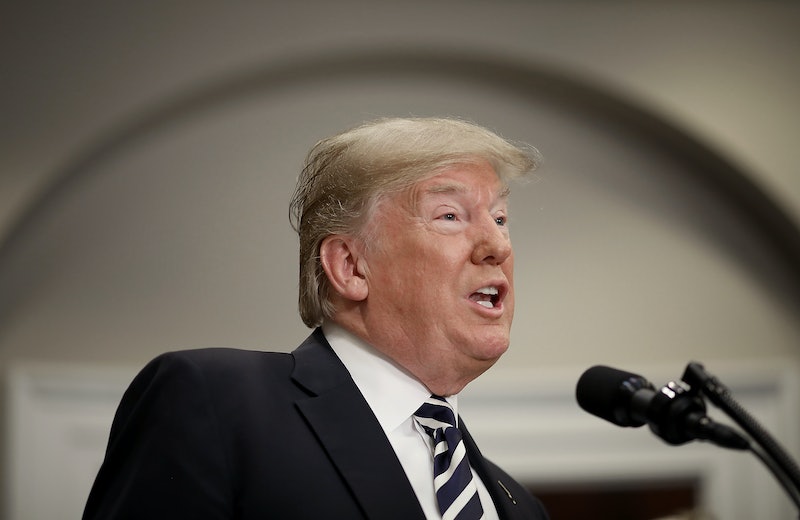 When the president met with the North Korean leader last summer, the world sat on the edge of its seat as the historic summit unfolded. Ever since, the question has been: when will Trump will meet Kim Jong Un again? Now, there appears to be an answer.

On the night of his State of the Union (SOTU) address, President Trump confirmed that he is planning a second summit with Kim, and it's slated to happen by the end of February, according the president's live announcement. This time, the pair will meet in Vietnam, although the city has not yet been determined.

In his announcement, Trump credited himself with preventing a theoretical war between the United States and North Korea, and said that he had a "good" relationship the the reclusive state's leader.

"If I had not been elected President of the United States, we would right now, in my opinion, be in a major war with North Korea," Trump said during his speech. "Much work remains to be done, but my relationship with Kim Jong Un is a good one."

He also confirmed the dates, remarking that "Chairman Kim and I will meet again on February 27 and 28 in Vietnam."

Just before his announcement, Trump described what he characterized as "a bold new diplomacy" between the United States and North Korea, during which, he said, "we continue our historic push for peace on the Korean Peninsula. Our hostages have come home, nuclear testing has stopped, and there has not been a missile launch in 15 months."

Last summer, the two leaders met in Singapore. That summit was significant for a multitude of reasons. Among them was the fact that until it happened, only two U.S. presidents had ever met with North Korean leadership. However, those presidents — Bill Clinton and Jimmy Carter — waited until they were out of office to do so.

The meeting was also significant for the North Korean leader because, prior to Kim’s summit with Trump, he had only left his country twice since assuming leadership in 2011. Those times, he visited China and South Korea, respectively. The latter visit was especially historic — upon crossing the DMZ, he became the first North Korean leader to visit the country’s southern neighbor since the Korean War ended in 1953.

But while the Singapore summit was undoubtedly significant, it's important to note that Trump and Kim have long had a tumultuous relationship. In the months leading up to the meeting, the two leaders exchanged a litany of direct barbs and threats, mostly sent out via video messages and tweets. From derisive nicknames to flat-out threats of violence, the pair appeared to constantly be at odds.

One of the most infamous instances of this manifested during Trump's first speech to the U.N. general assembly, wherein he described the North Korean leader as a "Rocket Man" who was "on a suicide mission." (Notably, he had already used that nickname in a tweet.)

The next meeting, according to multiple reports, is expected to further address the issue of denuclearization. However, a lot can change in the span of nearly a month, so it remains, as is often the case, a wait and see.