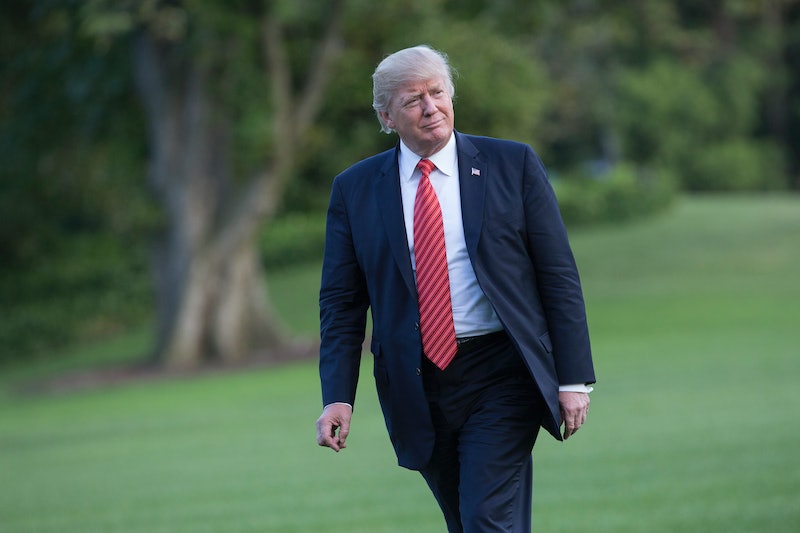 As Hurricane Harvey battered southern Texas over the weekend, President Trump monitored the situation from Camp David, the presidential retreat in Maryland. In a series of tweets, the president shared his support for local lawmakers, agencies, and residents, but his response still managed to draw criticism: Trump promised to visit Texas after Hurricane Harvey, but not before he offered an unrelated book review.

Harvey made landfall on Friday as a Category 4 hurricane, with winds of up to 130 miles per hour. Coastal Texas cities like Rockport and Galveston were hit first, but flooding quickly devastated the major metropolitan area of Houston, where some 20 inches of rain fell over the weekend. More rain and increased flooding were expected on Sunday.

President Trump on Friday signed a disaster proclamation for the state of Texas to allow Texas Gov. Greg Abbott to mobilize certain sources of federal disaster assistance. He continued to comment on the situation in Texas throughout the weekend, praising local administrators and response crews for their "wonderful coordination" between different levels of government. On Sunday, the president also promised to visit Texas once the condition became more stable, so as not to cause "disruption." His promise to visit Texas made good on a longstanding tradition of presidents visiting disaster-torn areas of the country.

Still, Trump's Hurricane Harvey response was not devoid of criticism. That's at least in part because of a tweet Trump shared early Sunday morning before addressing the damaging flood waters that rose overnight in Houston. Trump first promoted an unrelated book by Milwaukee County Sheriff David Clarke. According to The Hill, Clarke has previously been known for criticizing the Black Lives Matter movement.

Trump also received criticism for announcing his controversial pardoning of former Arizona Sheriff Joe Arpaio in the midst of the disaster in Texas. The juxtaposition between Trump's tweets and the situation on the ground in Houston circulated on social media Sunday morning.

As the damaging rains continued to batter south Texas on Sunday, it wasn't clear when Trump would depart for the Lone Star State. He told the Twittersphere Sunday morning that he was holding a teleconference on the hurricane that day.

Throughout the weekend, his tweets oscillated between updates on the recovery efforts underway in Texas and the controversial issues that his administration has long tried to further, such as the would-be wall at the U.S. southern border, trade relationships, and, of course, the Arpaio pardon. All in all, the president's message seemed scattered, to say the least.