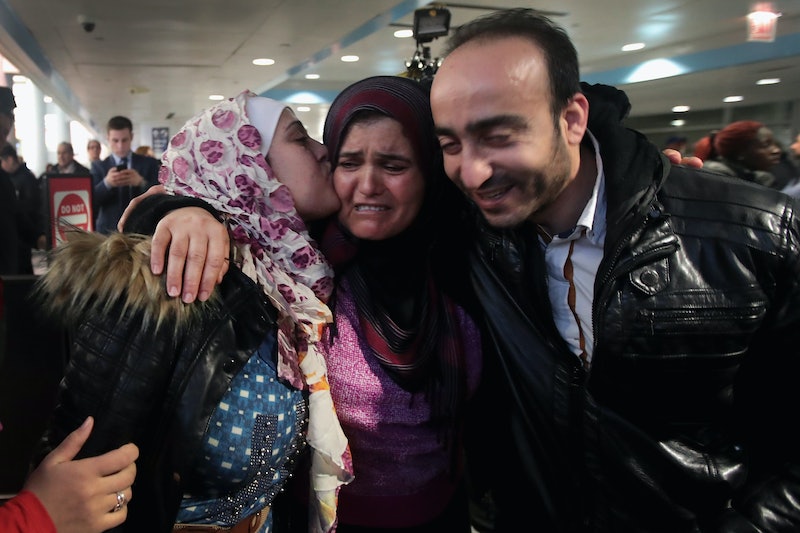 Refugees have become a popular political scapegoat in the United States. During the 2016 election, Donald Trump frequently accused refugees of being a source of terror, and specifically accused undocumented immigrants of hurting the economy by “compet[ing] directly against vulnerable American workers.” However, a recent paper published by the National Bureau of Economic Research defies the damaging misconceptions and provides concrete evidence of how refugees financially enrich the country.

Trump frequently complains that refugees are insufficiently vetted and could bring terror into the United States. In truth, there are very strenuous vetting procedures already in place. Couple that with the extremely low frequency of refugees being linked to terrorism — a Cato Institute study found that the chance of an American being killed in a terror attack by a refugee was 1 in 3.64 billion a year.

Now, there's another easily debunk-able critique of allowing more refugees into the country. Some argue that the United States is hurting itself by spending a large initial sum to relocate refugees and provide services like schools and other programs. However, based on the work of two researchers at the University of Notre Dame, William N. Evans and Daniel Fitzgerald, there's evidence that the economic benefits of refugees may far outweigh the costs of relocating them.

Specifically, according to Evans and Fitzgerald's paper, refugees end up paying more in taxes than the amount they've received in social spending by the time they've been in the United States for 20 years.

The researchers found that refugees who came here at a young age have close to similar outcomes to native-born children, despite enduring so many hardships early in life.

Though refugees are not among the highest wage earners, they work more hours than their native-born counterparts, according to their study. "We work a lot with Catholic Charities USA and with Lutheran Services of America," says Evans. "They both run refugee resettlement operations nationwide. And when I talked to them about the results, they're not surprised because what they say is that when you get refugees that show up in the United States they are highly motivated, just given the effort that it took them to get to this country."

Evans says that his biggest surprise in looking at the data came from findings about child refugees. The researchers found that refugees who came here at a young age have close to similar outcomes to native-born children, despite enduring so many hardships early in life.

"There is a whole literature that suggest early life conditions really determine outcomes for people," he says. "Well, in this particular case, we don't know how well they would have done had they not been refugees. But the fact is they're doing as well as native-borns, having had tremendous negative environment at the start."

Despite President Trump's initial hostility to refugees, the State Department actually expanded the number of refugees coming into the United States in May. With courts still battling over the president's second attempt at a travel ban, it looks like the refugee program may be here to stay — and according to Evans and Fitzgerald's research, that could mean economic returns that benefit all Americans.