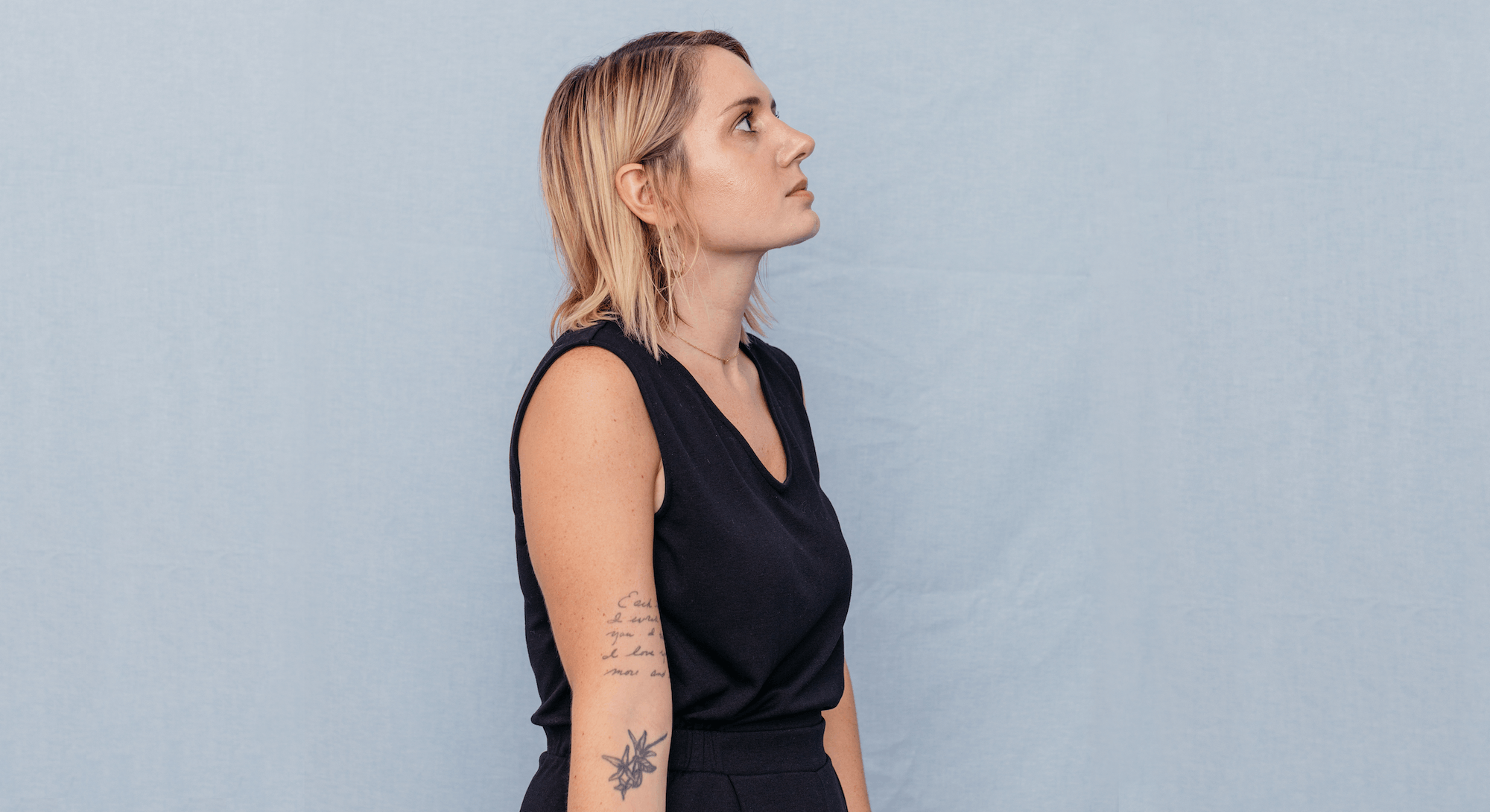 It was April 2016, and I was pacing the lobby of the Trump Doral Miami Resort, waiting for Ivanka Trump. The resort was having a grand opening after massive renovations that Ivanka had reportedly spearheaded, and I was there to interview her about it. Sort of. With her father gaining steam on the Republican ticket, I really wanted to find a way to pivot from the gold faucet minutiae she’d want to discuss to the political topics that were supposedly off the table. I tugged at my jumpsuit — the same white Trina Turk jumpsuit I wore to my bridal shower, and thus, one of the only pieces of clothing I’ve actually taken to the tailor. It exposes a noticeable tattoo on my upper right arm and it fits me perfectly. It was the obvious choice for what to wear to meet Ivanka.

When the door opened, Ivanka stood up to shake my hand. We brushed arms as we sat back down, and that’s when she grabbed me.

“What does it say?” she said, pointing to the tattoo. I explained what it was — a replica of a letter my grandmother, Nana Bess, had written to me when I was a child. “We were very close. It’s her handwriting and everything,” I told Ivanka. “It says: Each time I write to you, I think I love you more and more.” Ivanka’s eyes softened around the edges and her posture relaxed. “That’s beautiful,” she cooed. “I love that.”

Arianna Huffington had asked me about the tattoo, as well. So had Laverne Cox. As a journalist, I sit down with noteworthy people in hotels and studios all over the country. I still get nervous — I’m only human — but the tattoo is like one glass of champagne at a networking event. Whenever the subject asks about it (and if I’m wearing something sleeveless, they usually do) the tension disappears. Through this tattoo, Nana Bess helps me connect with people, and shows up to places her life never brought her. I don’t know if I believe in ghosts or even an afterlife, but in those moments, she is definitely in the room with me.

My favorite memories of Nana Bess are the funny ones — how she would ask for a bite of your sandwich and then eat half, how she only wore matching sweatsuits, how she liked to shop but loved to return things. She and her girlfriends once demanded a refund after sneaking into the movie theater to see Howard Stern’s Private Parts (they were in their eighties).

But it’s sad how little I really know about her life before she was my grandmother. Like many women born at the turn of the twentieth-century, Bessie Abber (née Norman) didn't have it easy. From what I’ve been able to piece together (which isn’t much), towards the end of the 1800s, her parents emigrated from what is now Russia and settled somewhere outside of Boston. Her mother was a seamstress and had four children, though only two of them lived to be adults. Nana Bess’ sister died as an infant, and her brother, the family’s only son, died of a communicable disease while in medical school. Her parents didn’t have long lives, either. Neither did her husband. She lived through the Great Depression, WWI, WWII, Vietnam, and the Civil Rights and Women’s Liberation Movements, but she didn’t go to college, and to be honest, I don’t know what she did for work or how she supported herself after my grandfather died in the late 1970s. She went to Israel on some kind of birthright or volunteer trip once, but I think that was the only other country she ever visited.

She was most proud of me when I did something that wasn’t possible for her.

Back then, most women didn’t document their days the way we do now, so all we have left of them are second-hand stories and memories that reside somewhere between fact and fiction. There's also, in many ways, the ominous feeling that we owe them something.

Regardless of what I do or don’t know about my grandmother, there are understood truths about the lives of women of her era that dictated her course. There was so much sexism, so many stereotypical expectations she had to abide by, so many things she couldn’t do just because she was a woman. I often wonder who she would be if she were born today. What would she do with all the privileges and opportunities I have now?

I’ll never know if she ever secretly wished for more – an education, a fruitful career, lovers, or adventures that seemed outside her reach (would she even want an audience with Ivanka Trump?) — because she never brought it up. Instead, she spent most of our time together encouraging me to do what made me happy — act, sing, dance, draw, write — even when I wasn’t great at it. Sometimes, when I am overly confident (which is embarrassingly often) I start to wonder if perhaps she was too good a hype-woman.

When I was really young, Nana Bess lived at a retirement home with a pool. In the summers, she would make me practice swimming by dropping coins into the deep end and having me dive down to fetch them. Nana Bess’ hair was kind of like Blanche’s from The Golden Girls — a curly blond helmet that she never, ever got wet. She sat on the edge and cheered me on as I jumped in and out of the pool. She was most proud of me when I did something that wasn’t possible for her. She was so happy to watch me go somewhere she couldn’t — to reach for something that was out of her grasp.

Her words embrace whatever I do, and show up in every snapshot of my life.

I knew I wanted the tattoo for a while before I got it —I thought the sentiment in her letter was beautiful, and particularly meaningful to me as a writer — but I never had the cash. But on that morning, over three years after she had died, I woke up with the most intense urge to just splurge and do it. I walked down to a local tattoo shop with the original letter in my hand, paid the tattoo artist $175 and that was that. Afterwards, I called my dad to tell him. “Did you know it was her birthday?” he asked. I swore up and down I didn’t. I have always been bad at remembering birthdays, especially birthdays we are no longer actively celebrating.

“She hated tattoos,” my Dad said, “But I guess she wanted you to have one.”

Whenever I am doing something scary, I look down at my arm and I am reminded of Nana Bess and her hard but meaningful life. I often wonder if her crowning achievement, the thing she was meant to be known for, isn’t something she did herself, but something I will do because of her. That’s probably the legacy of many women of her time — set builders for someone else’s story. The one tiny detail, of course, is that with her words tattooed on my arm, Nana Bess is always in the picture. Her words embrace whatever I do, and show up in every snapshot of my life. Even though she has been dead for over ten years, she has traveled to far away places with me, sat in on every scary job interview, and danced at my wedding. She has held her niece and nephew and maybe someday, my own children. It's magic, really.

Back in the hotel room, she was with me as I sweated, trying to figure out how to ask Ivanka about her father.

“I’m so proud of my fashion line…” Ivanka diverted. In my head I saw my grandmother. She was rolling her eyes.

These Women Believe Crystals Are The Reason They’re Still Sober