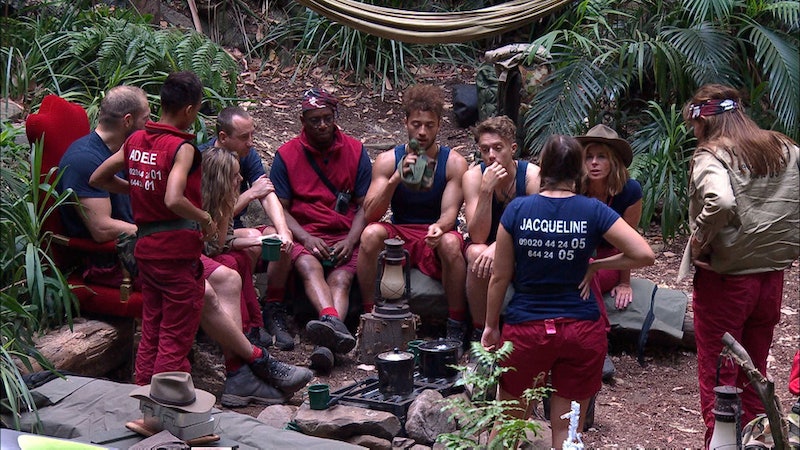 It may feel like this year’s I’m A Celeb has only just begun, but I’m already itching to know who will take home the reigning jungle title. There’s still time for a couple more surprise celebs to make their way into the jungle, but my love will continue to reside with Roman Kemp and Caitlyn Jenner. I really can’t decide who I want to see crowned King or Queen of the Jungle, so when is the I’m A Celeb 2019 final? Because I need to prepare myself for the ultimate choice.

Since I’m A Celeb started in 2002, the length of time campmates spend in the jungle has increased. In the beginning, they were there for just over two weeks but as of this year, it’s ramped up to over three weeks. Last Friday (Nov. 22), ITV confirmed that the final will air on Sunday, Dec. 8 as Digital Spy writes. Looking at ITV’s press statement, the episode will run a little longer than the others, starting at 9 p.m. and ending at 10.35 p.m.

And if you want more of the celebs once the winner is revealed, have no fear because the Coming Out show will reportedly air on Dec. 12 according to the Express. If you can’t get enough of the drama in the camp, boy does it continue once the celebs venture back into reality. So all the issues currently boiling between Ian Wright and Andrew Maxwell may very well continue outside the jungle if they don’t resolve it soon.

Enough of the drama, though. What about who’s in the running to take that royal jungle title? According to betting site Paddy Power, Andrew Whyment is the favourite to win with odds of 6/2. Jacqueline Jossa follows as runner up with odds of 5/1, with Roman Kemp in third at odds of 4/1. Surprisingly, Caitlyn Jenner is in fifth place with odds of 9/2.

With the first elimination quickly approaching, Paddy Power reckons that Adele Roberts will be voted out with odds of 7/4. If those odds aren’t in your favour, you better get voting this week to save your favourite campmates!

More like this
'The Great British Sewing Bee' Semi-Final Is Extra Special For This Reason
By El Hunt
Fans React To Kelly Holmes’ “Extraordinary” ITV Documentary
By Sam Ramsden
Michael Owen Sheds Light On Why Gemma From 'Love Island' Is Oh So Serious
By Maxine Harrison
Yes, Luca Bish Really Doesn’t Drink Alcohol
By Shahed Ezaydi and Sophie McEvoy
Get The Very Best Of Bustle/UK