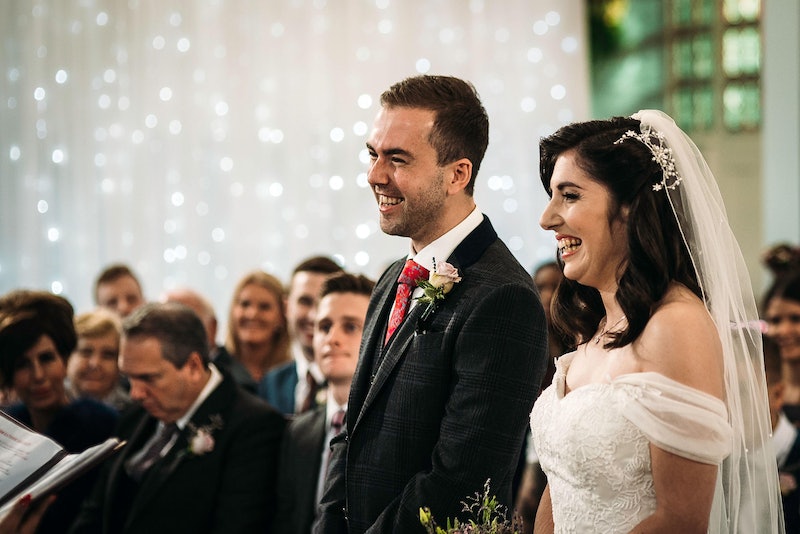 The latest series of Channel 4's Married At First Sight has seen a string of brand new couples head down the aisle just minutes after meeting for the first time. Those taking part have turned to experts for help with finding their true love, and are matched together by a team of relationship gurus who try their best to find the perfect married couples. But what happened to the newlyweds after the cameras stopped rolling? And where are Married At First Sight's Verity and Jack now?

According to the Mirror, Married At First Sight's Jack and Verity have remained close after filming the Channel 4 series, and could well be the show's first ever successful pairing. The couple tied the knot back in December 2018, and if social media gives us any indication, they are getting along swimmingly. However, it is yet to be seen if their romantic relationship will go the distance, but we can always hope.

Office manager Verity, and IT consultant Jack currently both live in London, but according to Hello Magazine, Jack's father, Mark, wasn't overly keen on his new daughter-in-law upon their first meeting. During the wedding ceremony, Jacks's father appeared to be disappointed about Verity's physical appearance, and made some comments he regretted and later apologised for.

As The Sun reports Mark took to Twitter and apologised for his comments made on the show. He said, "In response to both the good & bad comments made about this week’s #MarriedAtFirstSight, here’s my statement: Anyone that knows me understands and appreciates my moral code. I am a happy, loyal and trustworthy individual that wants nothing more than to watch my friends, family & those alike to succeed. I made comments that, in hindsight, can be interpreted the wrong way and may have led to the beautiful young lady that married my son to be offended."

"I love and appreciate people of all shapes, sizes, ethnicities and sexual orientations and hope 5 minutes of TV (that had been condenses and cut down from 3/4 months of footage) don’t leave people to believe otherwise."

Although viewers are optimistic about the future of Verity and Jack, the same can't be said for fellow newlyweds, and stars of Married At First Sight, Steph and Jonathan. On the show, the married couple spent a romantic honeymoon together in sunny Seville, however according to the Express, things aren't looking good for the future of their relationship.

Fans first noticed things may have turned sour after Steph shared an image on social media without her wedding ring, and one insider revealed to The Sun that the marriage is apparently over. Speaking to the publication, the source said, "Steph and Jonathan were a disastrous match — everyone knew it, even at the wedding. It was over within days and she took her ring off almost straight away. They can’t bear to be in the same room as each other now, and don’t communicate."

Although predictably some of the marriages don't appear to have run their course, fans are hopeful that Verity and Jack will go on to become the show's first success story. And I, for one, am rooting for them.