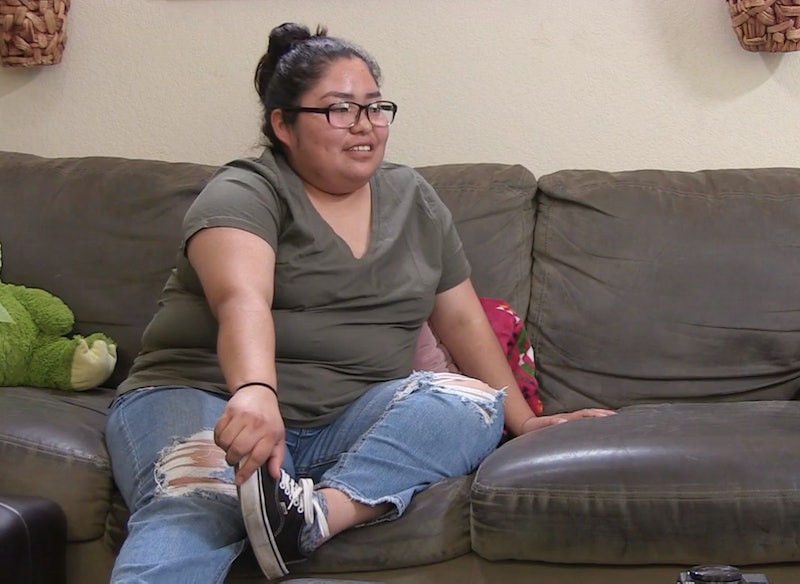 When Nev and his co-host of the week Kamie Crawford opened an email from Shirlene, they were excited to dive into a new love story on Wednesday night's episode of Catfish. Shirlene met James on Facebook, and after chatting for a bit, they quickly bonded over their Native American heritages. She learned that James was part of the Zuni tribe, and she herself is Navajo. But as much as Shirlene loved that she and James shared pride for their Native American roots, she didn't love that he kept lying to her.

When Nev learned about James' devious tendencies, he definitely had his suspicions. Shirlene said that after James' sister texted her from his phone number claiming he had died and then redacted the statement, she was blocked from his Facebook profile. With nothing but a few screenshots and a phone number to work with, Nev and Kamie got to investigating.

Unfortunately (but unsurprisingly), they weren't able to come up with much because James wasn't a real person. The person posing as him would only communicate through text — even when Shirlene was willing to talk on the phone — which means his voice would give away his real identity. Nev and Kamie thought for sure it was Shirlene's roommate Nicole all along, but they were wrong.

The James profile was created by 18-year-old Mya Molina, a catfish who needed a friend to confide in after a difficult time of loss. She admitted that most of what she'd told Shirlene about James was fake, though her heritage was real. She said she's half Navajo and half Zuni. Shirlene understood Mya needing a friend, but she didn't understand why — if they were just friends — they had romantic and sexual conversations. Nev suggeted it may be because Mya did have feelings for Shirlene, but had suppressed them because women dating women is still considered taboo in many Native American communities. Mya said that could be the case, but wasn't fully comfortable saying anything more.

Shirlene forgave Mya and apologized for all she'd been through in her personal life. They both decided to move on. Now, according to her Facebook, Shirlene lives in Tuba City, Arizona, and her Facebook name is Sharnell Shirley (perhaps Shirlene is just a nickname). Her profile is set to private, so there isn't much information available, but she seems to be an avid New England Patriots fan. Her Instagram profile is also set to private.

In their two month follow-up with the show, neither Shirlene nor Mya had video chat capabilities, so they each spoke on speakerphone to update Kamie and Nev. Shirlene said Mya had reached out a few times to check in, but she didn't have any interest in keeping in touch. Mya admitted that she was embarrassed of her actions, but Kamie encouraged her to see it as a life lesson — and really, what Catfish experience isn't?

More like this
Here’s What 'Sister Wives’ Star Christine Brown Has Been Up To Since Leaving Kody
By Grace Wehniainen
Here's What Happened After Rachel & Aven Left The 'After The Final Rose' Stage
By Grace Wehniainen
What Is 'Pretty Wild' Star Tess Taylor Up To Now?
By Morgan Leigh Davies
Where Is Armie Hammer’s Ex-Wife Elizabeth Chambers Now After 'House Of Hammer'?
By Grace Wehniainen and Radhika Menon
Get Even More From Bustle — Sign Up For The Newsletter