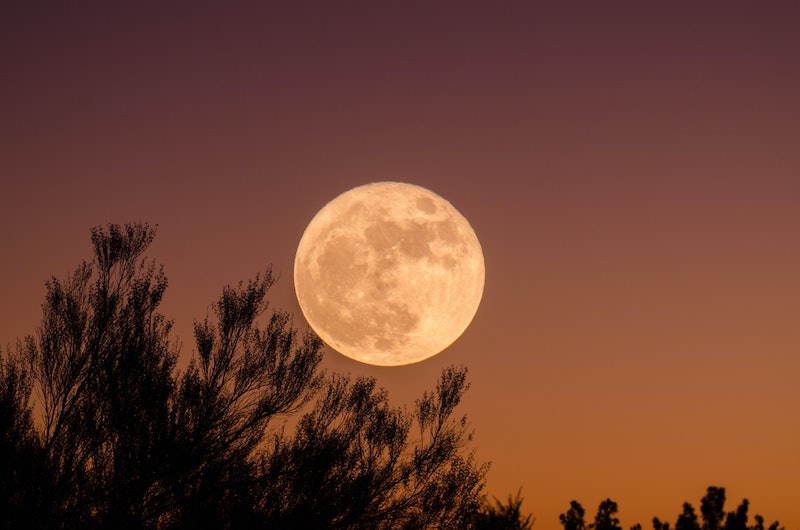 First, the bad news: The Pink Moon is not actually pink. (I know, wah waaah.) This name is part of a calendar system conceived by Native Americans long ago. According to The Old Farmer’s Almanac, Native American tribes (and then, later, Colonial Americans) used a calendar based on cycles of the moon to mark the seasons, giving each full moon a name to reflect its time of year. These names tended to reflect things happening in the world during the full moon, rather than the appearance of the moon itself. Thus, the Pink Moon is named, not for the moon’s color, but for the color of a spring flower known as “moss pink” or “wild ground phlox.” The Almanac reports that the April full moon is also sometimes called the “Sprouting Grass Moon,” the “Egg Moon,” and the “Fish Moon.”

This is the flower from which the Pink Moon gets its colorful name:

The moon will reach peak fullness at 2:08 AM on Tuesday morning if you’re on the East Coast. West Coasters can expect the moon to be full earlier, at 11:08 PM tonight. As EarthSky points out, the full moon lasts for only a moment — for the brief period when the moon is directly across from the Sun. However, the moon will appear full to the naked eye for much longer; you should be able to see it any night between now and April 12.

Although the Pink Moon might not offer unusual colors, it will still be a beautiful moon and a welcome sight to kick off the warmer seasons. So, tonight or tomorrow, find an open space away from the city lights, bundle up, cue up some Nick Drake, and say “Hello” to spring.