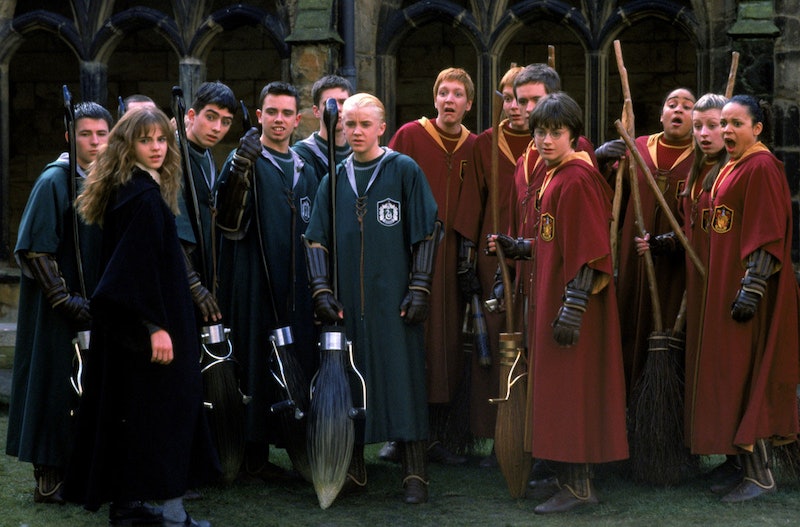 Grab your fire bolt and give Oliver Wood a shout, we’re playing a round of Quidditch. OK, well, I might honestly sit this one out because I’m terrible at sports (even made-up ones), but it turns out that you can now actually play the actual Harry Potter game with your mates. Even if an owl didn’t drop by with a Hogwarts letter and you’re not magically inclined, there’s an events experience company called Fizzbox, which is now offering hour-long Quidditch packages. So, where can you play Quidditch in the UK? Well, if you’re in London, Brighton, or Manchester, you’re in luck as you’ll be able to drop by and toss a quaffle.

Can you fly? Absolutely not. Does it look totally ridiculous? One hundred percent. However, it seems like a total laugh as basically a game of Muggle Quidditch involves you sticking an ordinary broomstick between your legs, shuffling awkwardly across a pitch and trying to chuck a ball through a pretty short hoop.

The rules of the popular wizarding sport are pretty much as they are in the books, though there's much less magic involved IRL. Fizzbox’s official description reads: "The aim of the game is to score as many points as possible by getting the Quaffle through the hoop!"

The rules continue, "It is the job of the Chasers and Keepers to stop the opposing team from scoring by using their Bludgers.”

Now, I know what you’re thinking. What on Earth are you supposed to do about one of the game’s most pivotal points; the golden snitch? How are you meant to channel your inner seeker and do Harry Potter proud? Well, say no more because there’s a gloriously inelegant solution which involves a yellow morph suit and the fastest runner in your friendship group.

Fizzbox explains: "One player will be nominated as the special Golden Snitch and whoever can catch them first will win the bonus points for their team."

Yeah, you read that right. One of you will be forced to run around in a yellow morphsuit and flit around the pitch, so whoever’s nominated better have nailed their score on the bleep test.

The company shared a video with Bustle UK of an actual Quidditch game from one of its events and the footage of the golden snitch running around the field actually had me crying in the office. Quite honestly, I could watch it all day long and never ever get bored.

An hour of Quidditch with Fizzbox costs £28 per person and you’re going to need at least ten people if you want to get a game going. If you’ve got a really big gang of Potterheads with you, parties with more than 21 people will have their game extended by half an hour to make sure everybody gets the opportunity to bludgeon their way through the course. The cost of the session includes "necessary equipment" (so I’m assuming a broomstick, Quidditch hoops, and robes).

It sounds like a fun hen or birthday party idea for the Harry Potter obsessed pal in your group — there’s always one. You can enquire about booking a round of Quidditch with Fizzbox by following the link here.

More like this
The 'Love Actually' Reunion Is Missing A Major Player
By Bustle UK
Our First Look At 'Vardy V Rooney: A Courtroom Drama' Doesn’t Disappoint
By Bustle UK
The 'Lady Chatterley's Lover' Book Leaves Us With A Troubling Question
By Catharina Cheung
How “Goblin Mode” Came To Be The Oxford Word Of The Year
By Sophie McEvoy
Get The Very Best Of Bustle/UK